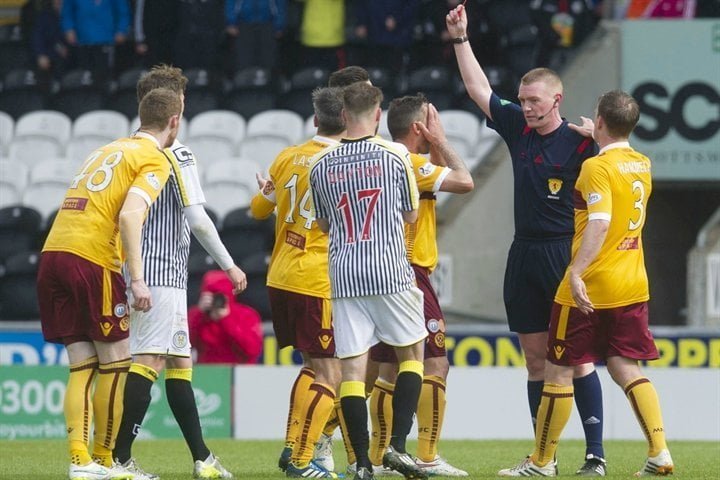 Motherwell have announced they have appealed striker Scott McDonald’s red card he received against St Mirren on Saturday.

McDonald was dismissed in their 2-1 defeat after he allegedly caught Saints midfielder Thomas Reilly with an elbow.

That loss on Saturday means the Steelmen have been consigned to the play-off final where they will face either Rangers or Hibernian, and McDonald would be unavailable for that two-legged tie should the ban be upheld.

But the club have appealed on the basis of wrongful dismissal.

“I am massively disappointed as it was a poor decision in my eyes,” Motherwell boss Baraclough said.

“Scott’s absolutely not that type of player. I saw it with my own eyes at the time and I never had any thoughts whatsoever that it would even be a foul, let alone a red card.

“Having watched it back again several times, I think it’s fairly clear for everyone to see that he hasn’t gone with any aggression or attempted to hurt the player and that’s the view of the lad Reilly himself, who I was pleased to read today thinks it was an incorrect decision.”