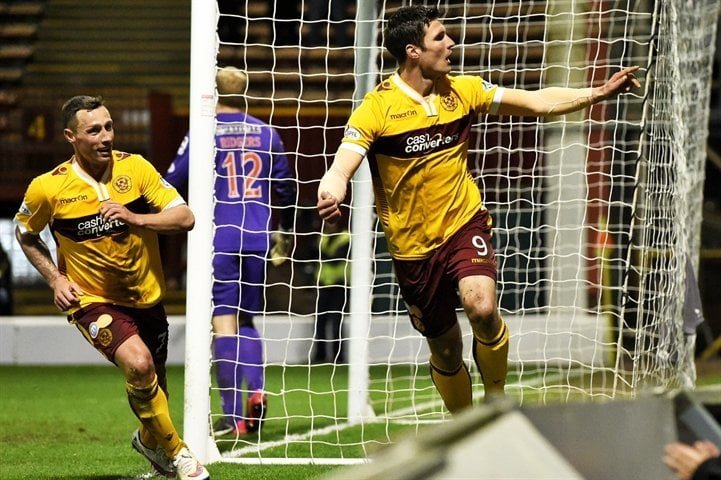 Motherwell striker John Sutton is still convinced the club can reach safety ahead of this weekend’s crucial Scottish Premiership clash against Ross County.

The Steelmen languish in the play-off place six points behind the Staggies before their showdown at Fir Park on Saturday.

However, with four games to go before the end of the campaign the 31-year-old insists they can still avoid the play-offs.

Ahead of their meeting with Jim McIntyre’s men, Sutton said: “Is a must-not draw game? Pretty much, when you look at the points difference.

“You’re desperate to go out and win every game so nothing changes but if we don’t get a result then we’ve really got a lot of problems and it’s going to be hard to get ourselves out of.

“There is a chance we can but it’s a big ask. I don’t think anyone at the club is taking for granted we’re going to beat Ross County or Kilmarnock but there is a realistic chance of getting out of the situation.”

Catch the full interview with Sutton on the Peter and Roughie show here.