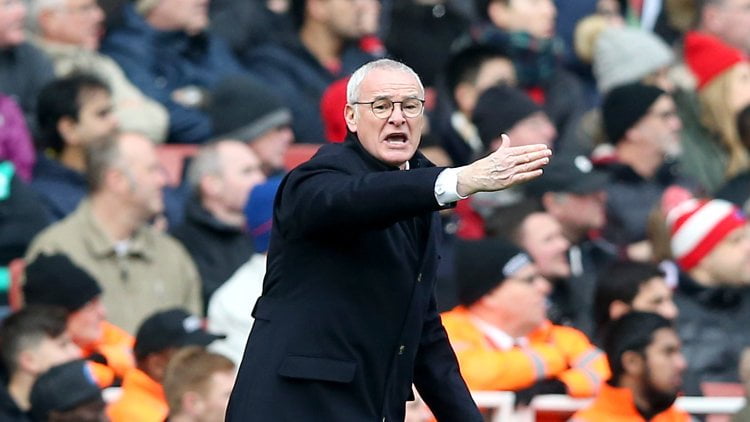 No let up for Ranieri

The Foxes go into the final two games having already won the league as they sit seven points clear of Tottenham.

They host Everton on Saturday and will receive the trophy after the game to cap an astonishing season after they were 5,000-1 to win the league at the start of the campaign.

Leicester finish up at Chelsea, Ranieri’s former club, on May 15 and the Italian wants to ensure the Foxes show they deserve their status as champions.

He said: “Now I have to come only first, if I want to stay in a place I want to win. Inside me there are two people. One is a very aggressive, I want to win, I won the Premier League but now I want to win on Saturday. I want to win next season and is never satisfied.

“Another says ‘Claudio, how many managers are there in the world? Too many. Not everyone can be Sir Alex Ferguson, (Fabio) Capello, (Carlo) Ancelotti, you are having a very good career.'”

Ranieri replaced Nigel Pearson last summer and first met the Leicester squad on their pre-season training camp in Austria. He admitted he never spoke to them about qualifying for Europe despite believing it was possible.

He said: “When I was in Austria I watched what kind of group we had. I am very sensitive to understand the feeling between the players and the dressing room. I said to them, ‘It is difficult to understand 25 people. It is important you understand only me. If we link very well we can do something good.’

“But never I put the minimum goal, always I put the maximum, always to try to get three points. It was important to save the team.

“Never I said we can arrive in Europe. But it was in my mind. It was the first time I coach this team, it is important understand in the right moment, in the bad moment, what happened, why the players have the good consistency. There were lot of questions but everything was okay.”

Back then Ranieri was one of the favourites to be sacked at the start of the season but joked he should avoid the bookies’ tip next year.