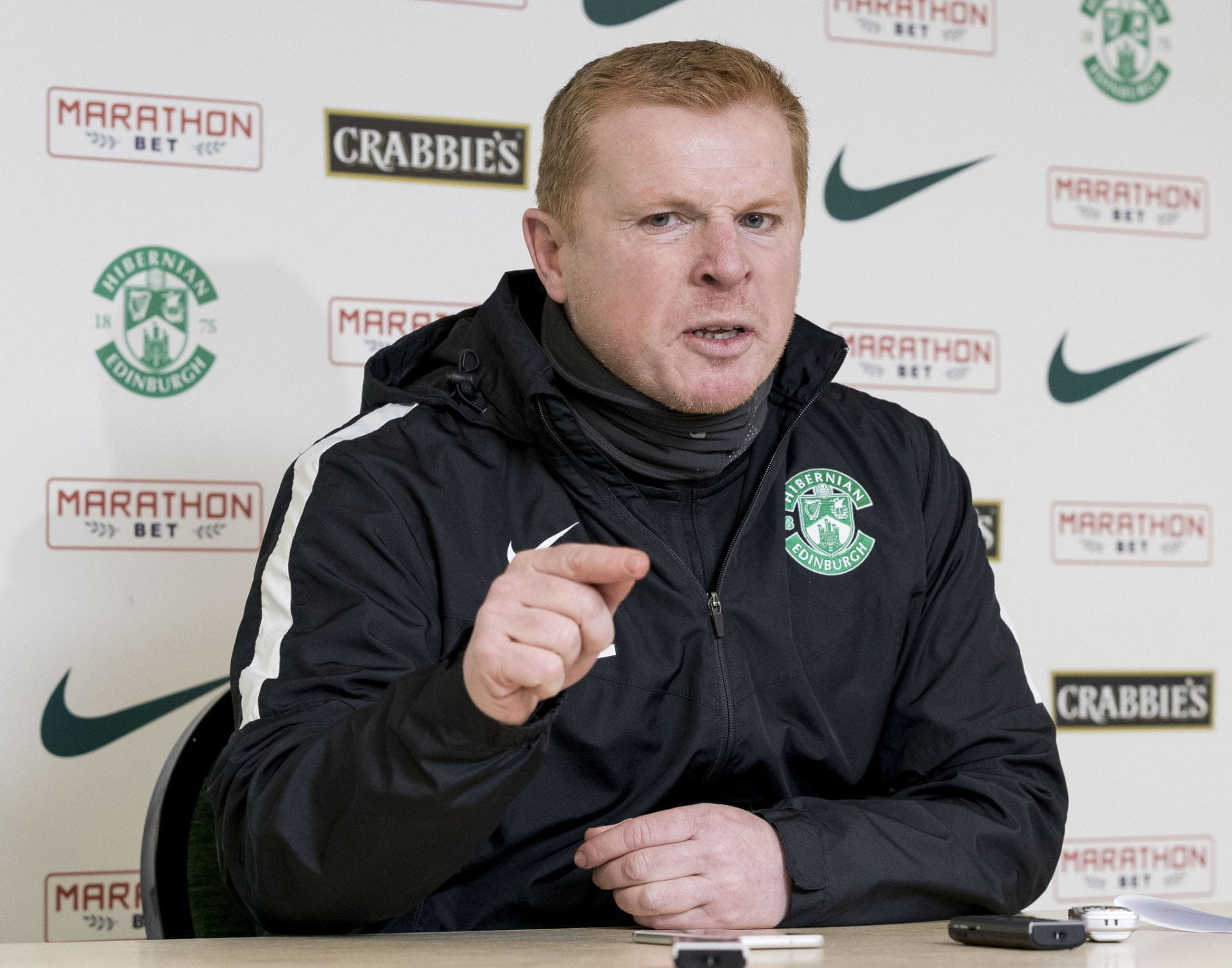 Hibernian head coach Neil Lennon insisted he had not “one iota of regret or embarrassment” over his touchline behaviour against Morton as he hit out at Jim Duffy’s comments in the wake of their bust-up.

The former Celtic boss claimed the dispute towards the end of their goalless draw on Wednesday was far worse than his infamous argument with then Rangers assistant manager Ally McCoist in 2011, which was a major factor in the Scottish Government organising an Old Firm summit.

And he was unhappy with the statement released by Duffy on Thursday in which the 57-year-old denied Lennon’s claim that he had asked for a “square go”. The former Bolton boss clarified on Friday that he had been speaking euphemistically.

Lennon said: “I’m not happy with the statement Morton put out where I was referred to as the Hibs manager. They didn’t have the good grace or courtesy or manners to call me by my name. So I will refer to their manager as the Morton manager going forward.

“I wasn’t happy with the Morton manager’s comments after the game, trying to make light of what was a pretty serious incident.

“Then he’s basically saying he doesn’t want to get in a public debate with me, which is ironic really because he is never off phone-ins and he’s got a column in the paper, which is always open for public debate. Maybe he thinks it’s one that he won’t win.”

Duffy confronted Lennon in his technical area as the Hibs head coach shouted at Kudus Oyenuga, who was sent off for a poor tackle on Jordon Forster before going down clutching his head after Darren McGregor squared up to him. Hibs are appealing against McGregor’s subsequent red card.

Lennon was held back as he tried to reach Duffy as a swarm of players and backroom staff got in their way but he does not believe he would react any differently in the cold light of day.

Asked if he had any regrets, Lennon said: “Not in the slightest. I didn’t do anything apart from stand up for myself. Not one iota of regret, not one iota of embarrassment.

“People are coming at you in waves, they are not coming to chat about the weather. What are they coming over for? To get in my face, push and pull, whatever. What do you do? I don’t know. In the cold light of day I would probably do the exact same thing, because I am not having that.”

“It was far worse than the spat I had with Ally McCoist, that was just verbal. Sometimes when people get involved and start pushing and pulling it makes it look a lot worse than it actually is, but this one was very serious indeed.”

Lennon will be without Forster for his side’s trip to East End Park.

When asked how the defender was, Lennon said: ” It’s nice of you to ask because no one from Morton has asked about his welfare. Thankfully there was no fracture of his leg but he has a pretty bad shoulder injury, so we don’t know how long he will be out for.”

Morton, who are 10 points behind Hibs in second, will try to get back to normality with a trip across the Clyde to face Dumbarton.