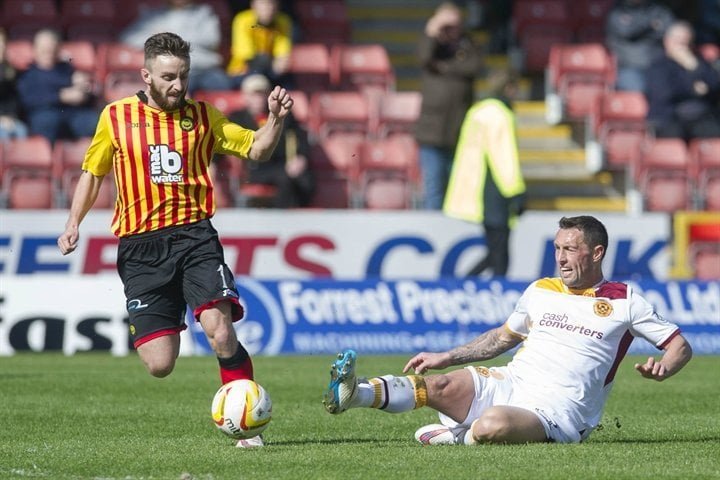 Partick Thistle attacker Steven Lawless could be set to face the wrath of the Scottish FA after allegedly breaching gambling rules.

The Scottish FA are yet to divulge details of the case against Lawless but a notice of complaint is expected to be handed to the 24-year-old.

The club have issued a statement which stressed they will hold their own internal investigation into the matter.

“We are aware of the SFA’s intention to issue a notice of complaint to Steven Lawless with regards to betting on football matches.

“As a club we are in the process of conducting our own internal investigation and, until that and any SFA procedure is concluded, we will be making no further comment.”

Lawless isn’t the first player to be caught up in the issue of gambling this season, with Rangers goalkeeper Steve Simonsen being found guilty of gambling breaches.

Rule 33 of the disciplinary rules and regulations of the SFA bans players, coaches or officials from placing bets on any game around the world in football.