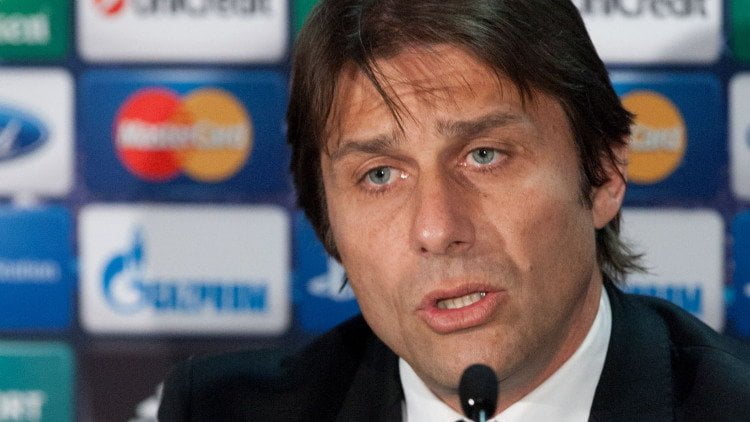 Plenty to ponder for Conte

Antonio Conte will be unveiled as Chelsea head coach on Thursday, with many hoping he can provide some answers to a catalogue of questions.

Conte was appointed Chelsea boss on April 4 and takes up his role after leading Italy at Euro 2016, where they suffered a penalty shootout loss to Germany in the quarter-finals.

The Godfather – his nickname among the Italy players, according to Juventus defender Leonardo Bonucci – is the permanent successor to Jose Mourinho, who is now boss of Manchester United.

As well as having a new man at the helm, Chelsea are expected to be more active than usual in the transfer market this summer.

Michy Batshuayi is Conte’s sole signing to date, but Leicester’s Ngolo Kante, Bonucci, Roma midfielder Radja Nainggolan and numerous others have been linked with a switch to Stamford Bridge.

Reports in France on Wednesday suggested Chelsea had agreed a fee of around £30million and a five-year deal with Kante.

Anyone making the move will not be in the Champions League this season after Chelsea’s woeful Premier League title defence last term.

Chelsea won the 2014-15 title under Mourinho, but finished only 10th in a surprise only surpassed by Leicester’s achievement in succeeding them as champions.

Guus Hiddink provided some stability following Mourinho’s sacking last December, the full reasons for which may never be known, but results did not improve enough under the caretaker boss for a sustained challenge for European places.

With Mourinho at United, Pep Guardiola at Manchester City, Jurgen Klopp at Liverpool, Mauricio Pochettino’s Tottenham and Arsenal still managed by Arsene Wenger – not to mention whether Claudio Ranieri’s Leicester can challenge again or others will emerge – Conte has a major job to return Chelsea to the Premier League’s top table. And to do it quickly.

The 46-year-old, who won three Serie A titles with Juventus, will have to identify why Chelsea fell from title winners to relegation candidates so quickly.

He will have to work out which Chelsea players he can trust, which are capable of carrying out his instructions and who is expendable as he seeks to rebuild his squad.

So far Conte has approved new contracts for captain John Terry – ending uncertainty over the defender’s future – and Willian, the one player who rose above the mediocrity last season.

Keeping Thibaut Courtois, Eden Hazard and Diego Costa will be important, too.

After a disappointing season, Hazard showed flashes of brilliance in ending Tottenham’s title challenge and again for Belgium at Euro 2016.

Courtois is among the world’s best goalkeepers, although needs to iron out some flaws, while Costa remains a feared striker, so long as he concentrates on playing against, rather than just aggravating, defenders.

The likes of Oscar and Nemanja Matic will have to prove themselves to Conte after disappointing campaigns last season and could be moved on to fund the spending.

Conte is to be unveiled on Thursday afternoon at Stamford Bridge and his first match in charge is on Saturday against Rapid Vienna in Austria.