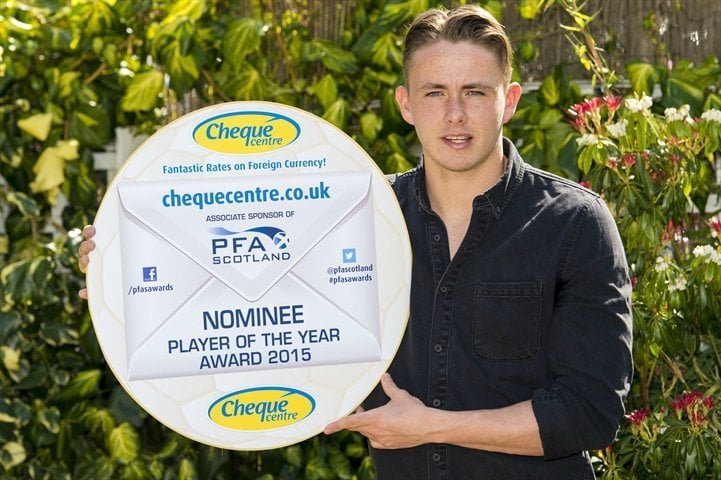 Hibernian midfielder Scott Allan says promotion to the Scottish Premiership will help heal the hurt of the Scottish Cup semi-final defeat to Falkirk.

The 1-0 defeat to the Bairns continued their torment in the competition having not won it since 1902, but Alan Stubbs’ side still have plenty left to play for having guaranteed themselves a play-off place.

Hibs can go a point behind second-placed Rangers with victory against Livingston on Wednesday.

And Allan, who was nominated as the Championship PFA Player of the Year sponsored by Cheque Centre, believes they can use that Cup heartache as a motivation to ensure they are playing Premiership football next season.

“We need to use Saturday’s disappointment as a drive for the upcoming games,” he said. “Everybody knows we can play good football but at the end of the day it’s all about results.

“You don’t want to go through a season without getting anything. The aim was to get promoted at the start of the season and we still want to do that and I think we’ve got a great chance of that in the play-offs. We don’t fear anybody.

“We’ve been up against Ross County in the League Cup which we won quite comfortably, we played Dundee United as well and we were a match for them. I honestly wouldn’t doubt us against any of those teams.”

Allan, who has a year left on his contract, was subject of interest from Dundee United in January, while he admits it was “flattering” to hear from his former club, he doesn’t want to be distracted by speculation about his future and is focused on getting Hibs back to the top flight.

“The gaffer and coaching staff have given me the platform to go and play and I’d like to repay them,” he continued.

“I’d like to give them the faith that they’ve shown me. I had no intention of going in January it was flattering to hear the news but I just need to focus on Hibs.”