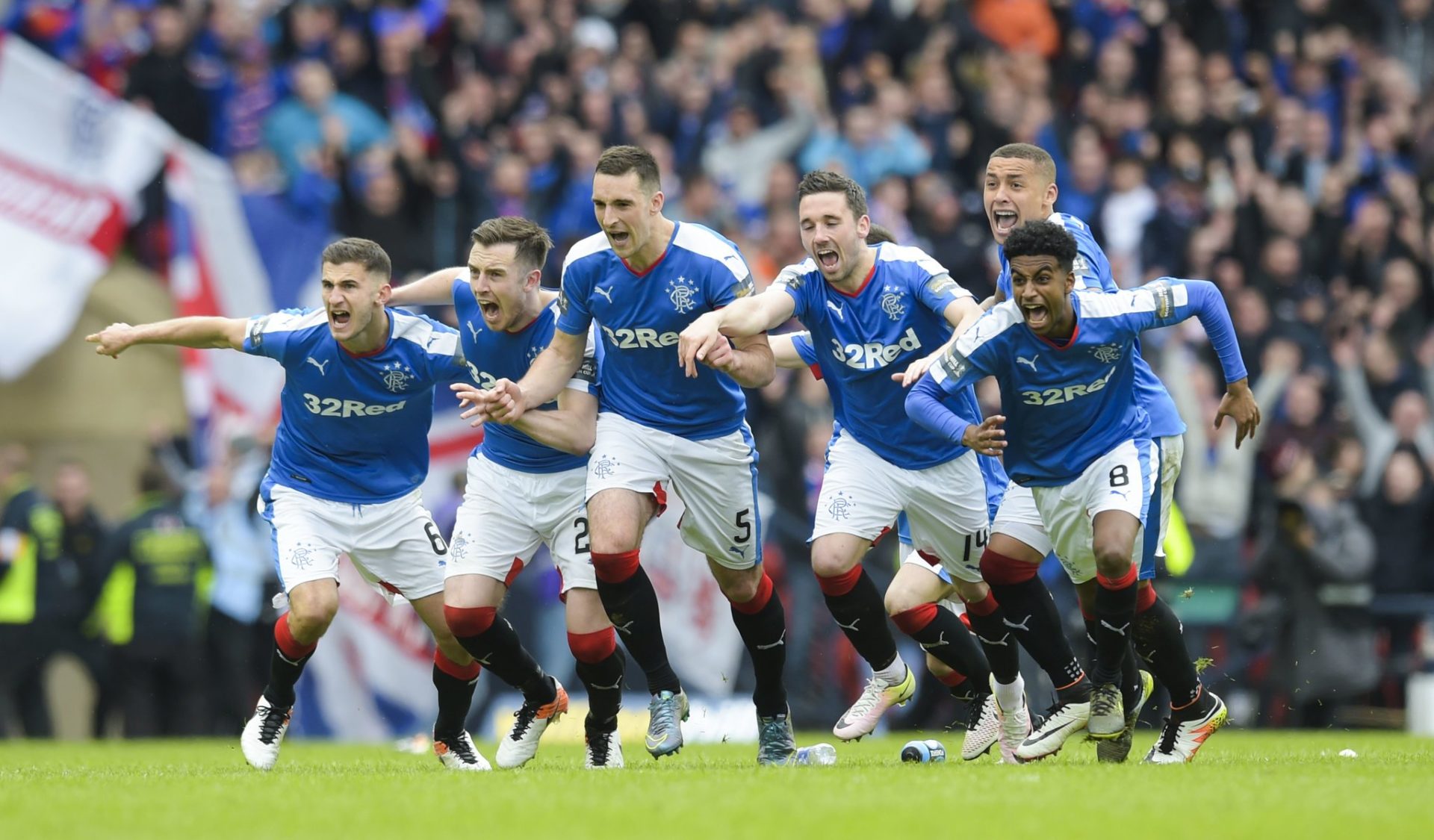 Rangers booked their place in the Scottish cup final because they wanted it more than Celtic.

A derby match is all about hunger, desire and as soon as the whistle blows, getting the first challenge in to give the opposition the message.

Rangers had that in abundance and displayed that for long periods in this game.

The first forty-five minutes, Mark Warburton’s side were at it, Ronny Deila’s side were not.

The ibrox outfit delivered an early warning of what was to come when Kenny Miller forced a good save from Craig Gordon after sneaking in behind the Celtic defence.

Celtic slowly started to threaten the Rangers goal with Scott Brown dragging his shot from 12 yards, a poor effort with the space and time he had at his disposal.

Sixteen minutes in, Rangers got their deserved goal. Andy Halliday played a weak pass into the box, but the deflection from Scott Brown took it into the path of Kenny Miller, who guided the ball past Craig Gordon from seven yards.

Lee Wallace started to move into dangerous areas and dragged his shot wide from the left hand side.

In the 25th minute, Dedryck Boyata was substituted for an apparent injury. I put it down to stage-fright.

The Championship winners continued their onslaught on the Celtic goal, Holt had a lovely one-two before shooting past.

Celtic’s best chance off getting back into the game in the first half came just after the half hour. Leigh Griffiths hit a low shot from the edge of the box that had Foderingham beaten all ends up, only for the post to save the day.

The rebound fell at the feet of Patrick Roberts with the goal at his mercy, the Celtic fans cried goal, Roberts hit the side net.

It was a sitter, Peter van Vossen would have been proud of.

Managers earn their corn with half-time team talks. Ronny Deila must have had a simple couple of words, “try harder”.

Five minutes into the second half, Roberts swung over the corner and Sviatchenko rose above Wilson to send his header into the back of the net to equalise.

That should have sparked this game into life but, in truth, Rangers continued with a lot of possession with no penetration and Celtic huffed and puffed with little or no creation.

Six minutes into the first period of extra time Barry McKay hit an absolute screamer from twenty yards into the roof of the net to restore Rangers advantage.

It was a goal fit to win any game and no more than the man of the match deserved.

Rangers 2-1 up and now the onus was on Celtic to respond, sixty seconds into second period of extra time, substitute Tom Rogic latched on to Kieran Tierney’s cut back to fire Celtic level, 2-2.

In the dying minutes, Celtic had two chances to win it, Rogic was played in by McGregor, only to be thwarted by Foderingham.

In the last minute, Griffiths’ free kick from twenty yards hit the bar and bounced off the Rangers goalkeeper past the post.

For the second time in twenty four hours the semi -final would be decided by penalty kicks.

Nicky Clark and Scott Brown added to the drama by missing their efforts.

Lee Wallace made it 3-2 and Leigh Griffiths converted to send the showdown to sudden death.

Median Zelalum and Mikael Lustig both scored, but when Nicky Law walked up, there was an intake of breath from some Rangers fans but, they needn’t have worried, as he converted to make it 5-4 to Rangers.

Celtic substitute Tom Rogic stepped up knowing he had to score or Celtic were out.

The ball sailed over the bar and suddenly the blue end of Hampden erupted in celebration.

If an old firm game teaches you anything, it is that anything can happen.

The desire, hunger and belief belonged to Rangers and they got their just rewards in the end.

The win sent Mark Warburton’s team into the Scottish cup final to face Hibernian but, it also filled the Rangers supporters with a sense that the gap between themselves and Celtic is not as big as everyone has been making out.