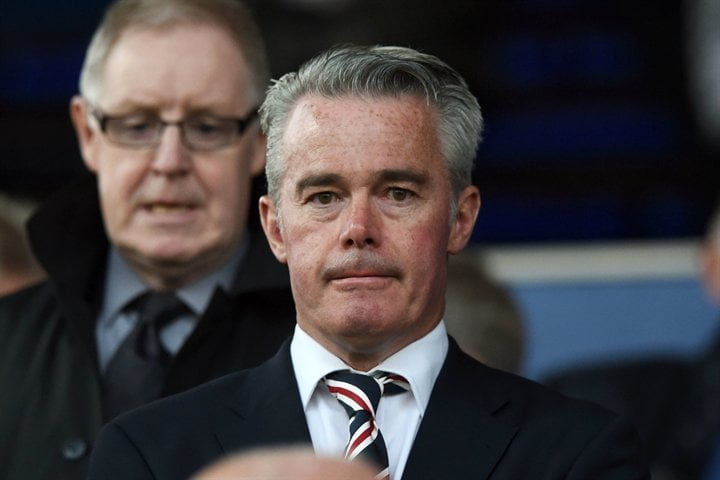 Rangers interim chairman Paul Murray has been declared “fit and proper” by the Scottish FA after they were satisfied he met their criteria.

Murray, who helped form the new Rangers board alongside shareholders Dave King and John Gilligan, was being investigated in relation to his involvement in Craig Whyte’s regime which fell into administration and liquidation in 2012.

At a meeting with the SFA’s Professional Game Board on Thursday they concluded that, after looking at the documentation provided and Murray’s own detailed personal submission, they were satisfied that he is a fit and proper person.

The SFA are also deliberating on whether Dave King satisfies the requirements for their criteria the result of which is expected in due course.

A SFA statement read: “The Scottish FA can confirm that at a meeting of the Professional Game Board (PGB) on Thursday, 30th April, consideration was given to the Fit and Proper status of Mr Paul Murray as a director of Rangers Football Club in respect of Article 10.2 of the Articles of Association.

“This followed a submission from the club of an Amendment Form to its Official Return. Specifically, Mr Murray was invited to provide information in relation to his involvement as “a director of a club in membership of any National Association within the 5-year period preceding such club having undergone an insolvency event”.

“The PGB examined Mr Murray’s involvement as a director of Rangers FC in the five years preceding the insolvency event experienced in 2012.

“Having considered the documentation provided, and taking into account Mr Murray’s detailed personal submission before it, the PGB is satisfied that Mr Murray is Fit and Proper in terms of Article 10.2.”