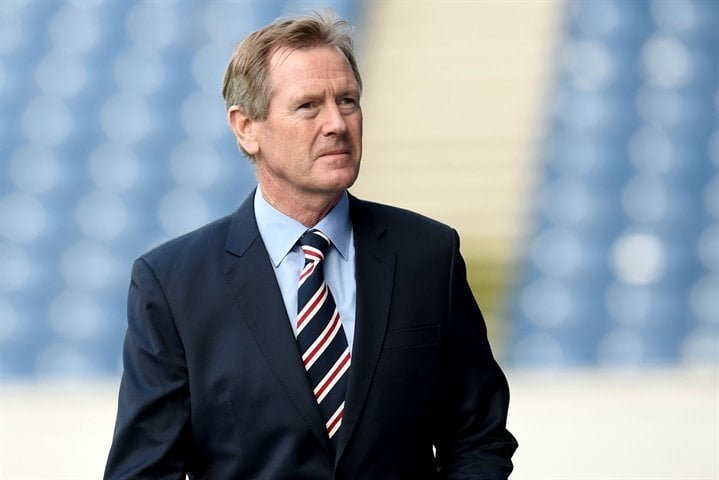 Rangers need at least £30m in investment to compete with Celtic, says King

Rangers director Dave King believes it will take upwards of £30 million to have the club competing regularly with Celtic and qualifying for Europe.

The South African-based business man will become the chairman of Rangers on Friday after passing the SFA’s fit and proper person’s test and will begin plans to restore the club to its lofty position in Scottish football after three years of exile in the lower leagues following liquidation in 2012.

King though is under no illusions of the investment needed to strengthen the club so it can challenge their fiercest rivals again and added that could be as much as £40m if things don’t go according to plan.

“What we’ve got to do is get Rangers back competing with Celtic in the Premier League, winning 55% of the time,” he told Rangers TV.

“We want to be more successful than them and get back into Europe. The level of investment required to get there is not a known factor we can’t be sure of that.

“By way of example let’s say Rangers got back into the Premier League and didn’t finish second and came third or fourth you’d have a second season without Europa League income.

“My view is that whether it is one season or two seasons we’re here to see it until the very end.

“So if you were to ask me I think about £30 million will be the gap that shareholders have to put in before we get there.

“In addition to the normal revenue streams coming into the club before it becomes self-sustainable.

“But if we were to miss a year and in the Premier League it could be up to £37m to £40m if things go really well and we can change the commercial provisions it might go down to £25m but I’d say it’s certainly tens of millions and it’s not a finite amount of money.

“If Rangers don’t do it in year two or three we’re not going to stop. We’re determined to get to where the club has to be.”

Rangers took a step towards sealing their place in the Scottish Premiership next season after a 2-0 first leg win over Hibernian in the play-off semi-final.