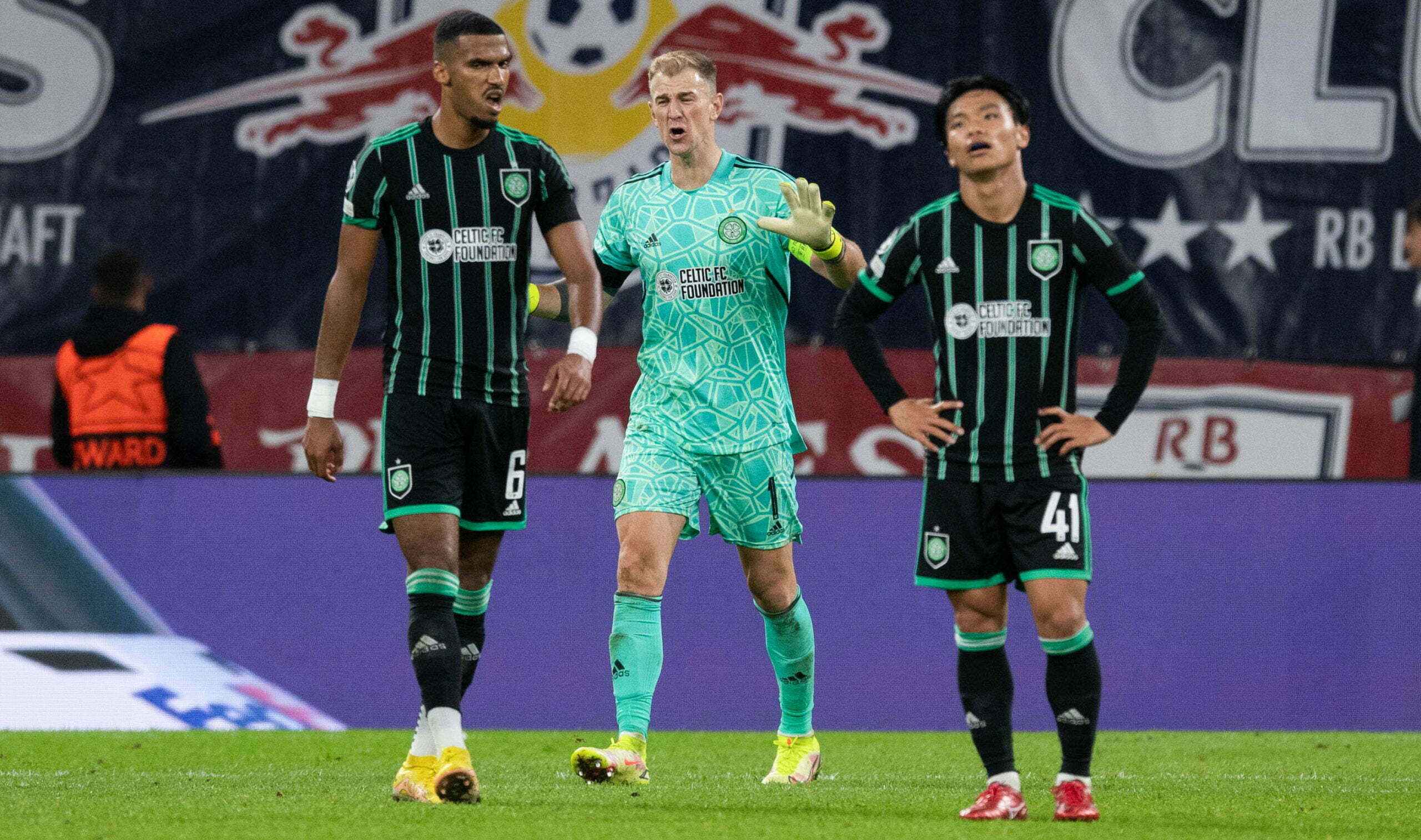 A calamitous Joe Hart error gifted RB Leipzig a vital goal, as the Bundesliga side ran out 3-1 winners over Celtic in Germany.

A double from Andre Silva and an early Christopher Nkunku strike was enough to earn Marco Rose’s men all three points, despite Jota having the Scottish champions level for a brief spell.

The hosts may count themselves unlucky not to have won by more, after seeing two goals ruled out by VAR, in a night to forget for the Hoops.

Ange Postecoglou saw his side miss a host of chances and captain Callum McGregor be forced off through injury, culminating in a disastrous mistake from the experienced Hart.

Celtic travelled to Leipzig looking to get their first win of their Champions League campaign and put to bed the demons of their last visit to the city in 2018, when they went down to a 2-0 defeat.

Postecoglou was without Cameron Carter-Vickers and Liel Abada, through injury and religious absence respectively.

It was almost a horror start for the visitors when Nkunku fired wide from close range. The highly rated forward showing why he has been linked with Chelsea this week, carving out a golden opportunity in just the 2nd minute.

The home side were then dealt a blow, when 10 minutes in they lost their goalkeeper and captain Peter Gulacsi to injury. The veteran Hungarian stopper turned awkwardly in the box and couldn’t continue.

Minutes later and the menacing Nkunku though he had given his side the lead, breaking through the Celtic defence before nonchalantly clipping the ball over Joe Hart. VAR intervened however, and the home crowd were robbed of their celebrations.

The visitors then had a flurry of chances, the best of which falling to Kyogo whose deflected effort bounced wide.

Only 16 seconds later though and Celtic would be made to rue those missed chances, as the home side took the lead.

Nkunku again breaking away from the Hoops defence, before slipping the ball past Hart at the tightest of angles.

The curse of the captain’s armband struck again, this time Celtic captain McGregor succumbing to injury. He was replaced by Oliver Abildgaard after being unable to run off an injury sustained earlier in the half.

The second half was barely minutes old and Celtic finally took found the back of the net following a host of missed chances in the first half.

Kyogo found himself beyond the Leipzig defence before cutting the ball back to Jota who produced a clever finish beyond Blaswich.

As the half wore on, the away side had to ride their luck with Andre Silva clipping the post for Leipzig just before the hour mark.

Postecoglou’s men were then again saved by VAR after the home side had the ball in the net through a long-range Dominik Szoboszlai effort. It was judged however that Andre Silva was in goalkeeper Hart’s eyeline and Celtic breathed a sigh of relief.

Incredibly though, from the resultant free kick, Hart passed the ball straight to Andre Silva for the Portuguese forward to stroke home in another twist in a breathless game.

The game was then put almost out of sight on the 78th minute mark as Andre Silva scored his second of the night.

A well worked attacking move culminated in an excellent first time cross by Mohamed Simakan, to find Silva who drove the ball into the net past the helpless Joe Hart.

Celtic end the night bottom of their group, rounding off a forgettable couple of nights for Scottish teams in Europe’s elite competition.