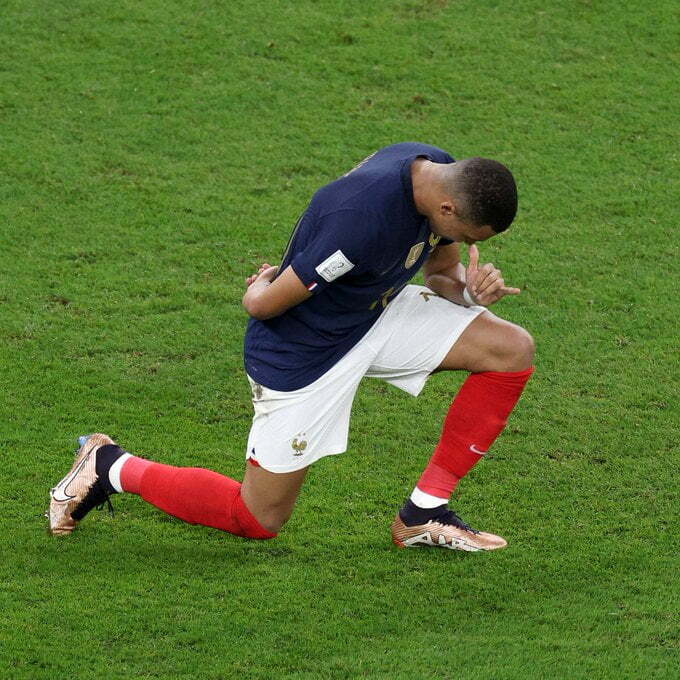 By Blair MalloyDecember 4, 2022No Comments

France eased into the World Cup quarter finals, after a convincing 3-1 win over Poland will see them now face either England or Senegal.

Olivier Giroud became France’s all-time leading goal scorer ahead of Thierry Henry, when he netted the opener, before a Kylian Mbappe double sealed Les Bleus passage to the next round.

Robert Lewandowski scored a late consolation from the penalty spot, but it was too little too late for lacklustre Poland.

France were aiming to join fellow international heavyweights the Netherlands and Argentina in the next round.

Two minutes before the break and Giroud’s record-breaking goal broke the deadlock for the World Champions.

The AC Milan front man timed his run to perfection, before latching on to a deft pass from Kylian Mbappe and placing the ball in the far corner.

Not content with just an assist, Mbappe got his own name on the scoresheet with 15 minutes of the match left. Giroud dragged his side up the field, before some clever interplay with Ousmane Dembele eventually found the PSG forward, who struck powerfully from the edge of the penalty area.

There was still time for Mbappe to add another as the clock struck 90 minutes. The France number 10 shuffled the ball out of his feet inside the Poland box, before unleashing a rifled effort into the far top corner.

Poland were awarded a late penalty as Dayot Upamacano was judged to have handled in the box, but Lewandowski couldn’t convert from the spot after a stuttered run up.

He was instantly given an opportunity to avenge his poor penalty though, after Hugo Lloris was seen to be off his line. The Barcelona striker repeated the same run, only this time rolling the ball into the opposite corner, to bow out with 2 goals for the tournament.