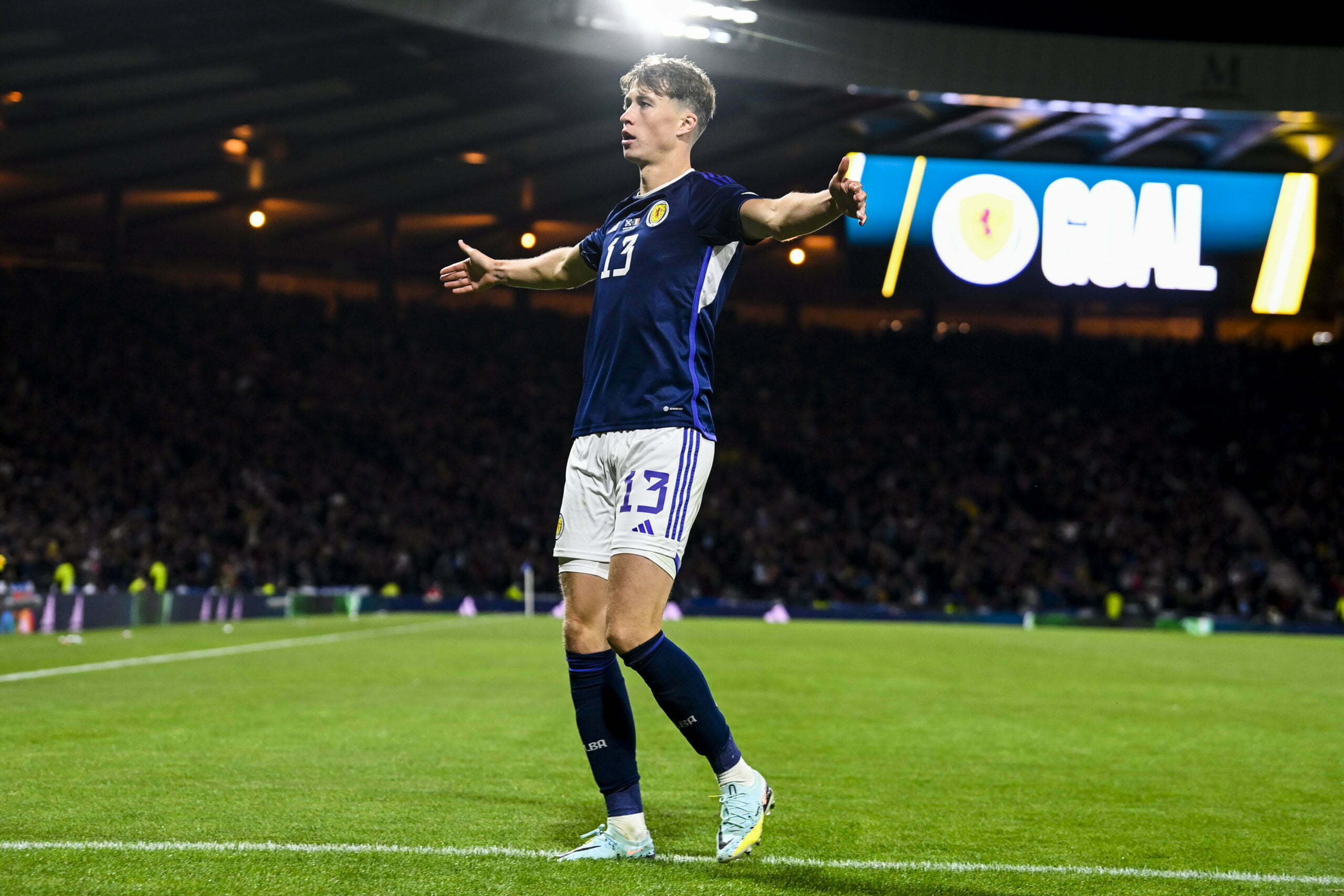 A late Ryan Christie penalty after a Jack Hendry header completed a second half comeback for Scotland, who move to the top of Nations League group B1.

John Egan had given the visitors a half time lead following a poor first 45 minutes from the hosts, however Steve Clarke’s side stepped up in the second period and dominated a scrappy game to take a vital 3 points.

Scotland took on the Republic of Ireland at Hampden looking to avenge June’s 3-0 drubbing, knowing that a win would take them back to the top of their Nations League group, after falling to second earlier in the day courtesy of a Ukraine win over Armenia.

On his 50th cap, John McGinn captained a side led by Lyndon Dykes who took the place of the benched Che Adams after his mid-week brace against Ukraine.

Less than 10 minutes into the match and Scotland fans’ hearts were in their mouth as Troy Parrot was left bearing down on Craig Gordon’s goal.

The on-loan Tottenham Hotspur forward found the back of the net only to be denied by the assistant’s flag, to the delight of the home crowd.

That turned out to be a warning of what was to come as Ireland took the lead 7 minutes later.

Captain John Egan rifled home a volley from close range after Scotland failed to deal with a corner despite multiple attempts. The Sheffield United central defender punishing the home side for a sluggish start.

As the half wore on the fans attempted to drag the home side through the gears, however Scotland seemed unable to match the tempo they set against Ukraine on Wednesday.

In an unfortunate repeat of the mid-week match, Scotland lost a full back to injury in the first half. Kieran Tierney was withdrawn by the medical team after a head knock in a clash involving Parrott.

Celtic’s Greg Taylor was introduced as Steve Clarke was forced to turn to his third left back in as many games.

It was turning out to be a night for goalscoring defenders, as four minutes after the break Scotland were level via the head of Jack Hendry.

The 27-year-old started the move at full back, before continuing his run up field to nod into the bottom corner after some great work from Ryan Christie on the wing.

A loose Callum Mcgregor pass almost undone the hard work from Scotland to get level in the game. Michael Obafemi led the 2v1 counterattack finding Troy Parrott who seemed certain to score, only for 39-year-old Craig Gordon to deny the forward and produce another moment of age defying brilliance.

Ryan Fraser was introduced from the bench, as he was to great effect in the week, and almost made a similarly instant impact, stinging the palms of Gavin Bazunu just before the 70th minute mark.

Moments later his corner was headed on by Scott McTominay at the front post and looked certain to be turned in, only for Matt Doherty to provide a crucial clearance.

Ten minutes before the end though and Scotland were given a golden opportunity to go ahead from the penalty spot.

Substitute Alan Browne seemed to handle from a corner, having just come on the park moments earlier.

Ryan Christie stepped up and sent Bazunu the wrong way to send the home fans into raptures.

The game became more scrappy and bad tempered as the 90th minute drew nearer, with yellow cards mounting on both sides amidst a flurry of fouls.

Scotland hung on to their lead and end the night top of their Nations League group as they head to Poland to face Ukraine with a 2-point advantage over their hosts.