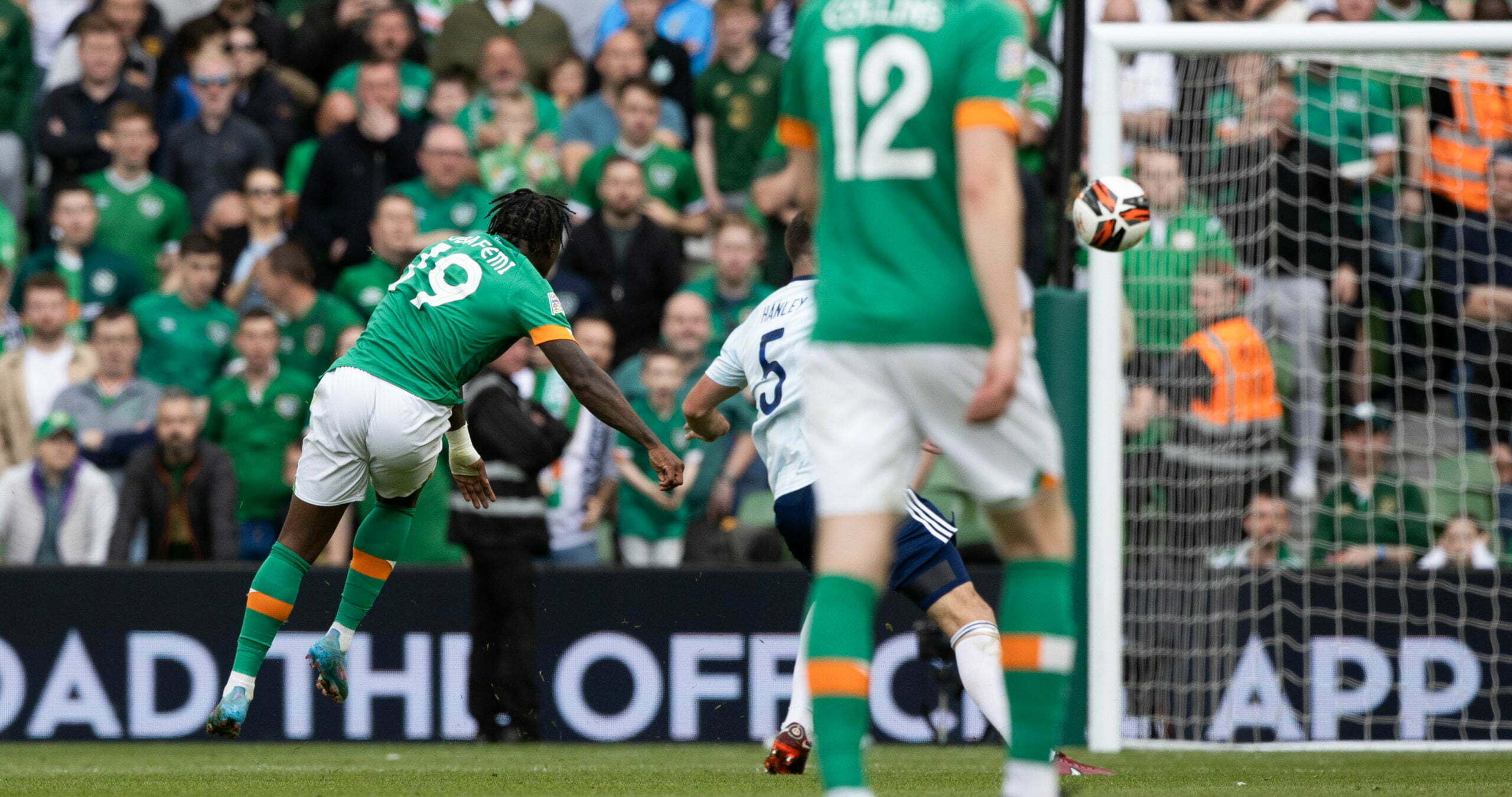 Scotland vs Rep of Ireland – A closer look at ROI

As Scotland get set to face off against the Republic of Ireland at Hampden tonight, PLZ Soccer takes a closer look at the side who are looking to stand in the way of the Tartan Army’s promotion push to the top tier of the Nations League.

It would be easy to assume that the home side will be fuelled by revenge, having gone down to an embarrassing 3-0 loss at the Aviva Stadium in Dublin the last time these two sides met. Scotland captain Andy Robertson, who won’t feature tonight due to injury, claimed after the game that fans were ‘correct’ to boo the side off after their dismal showing.

However, Steve Clarke has shown a measured resolve in steadying the ship, with his revitalised side dismantling Ukraine 3-0 at home mid-week to set them on course to win the group.

As for Ireland, they still harbour some hopes of winning the section if an, albeit unlikely, run of results fall in their favour, starting with a win in Glasgow tonight.

The current Ireland team is one built on the foundations of youth, seasoned with a sprinkling of notable veterans. The average age of the starting XI the last time these two met was just 25, more than 2 years younger than the opposition.

Going into the last fixture between the pair in June, Ireland manager Stephen Kelly may have been rightly fearful about his future having overseen a shock loss to Armenia and a 1-0 reverse to Ukraine.

However, the stunning 3-0 evisceration of Clarke’s side followed by a credible draw with Ukraine has renewed optimism that they are on the right path.

Kelly does face selection dilemmas all over the park though ahead of their first competitive game in in 3 months. Goalkeeper Gavin Bazunu has been a mainstay for Southampton this year after a £12 million move from Manchester City. He looks set to replace Liverpool deputy Caoimhin Kelleher who has been between the sticks for the previous two matches but is out of the current squad.

The trusted defensive stalwarts of Seamus Coleman and Shane Duffy have not seen regular game time this season at both Everton and Fulham respectively, with the manager admitting that he ‘wouldn’t be afraid of leaving anyone out’ when it comes to his big names.

Burnley’s Josh Cullen will provide a creative lynchpin in the middle of the park after a strong start to the season in the Championship. The deep lying midfielder was brought to the Clarets by manager Vincent Kompany, having worked with Cullen in Belgium during his spell in charge of Anderlecht.

In attack, Ireland fans will be keen to see Swansea City striker Michael Obafemi in the starting line-up after his 25-yard rocket made it 3-0 in the previous encounter, a goal which was clipped and shared for weeks afterwards, only adding to Scotland’s dismay.

It is also worth looking out for the potential appearance of forward Chiedoze Ogbene. The Rotherham winger has scored 5 goals in 11 games this season and has been dazzling pundits with his performances from the right wing.