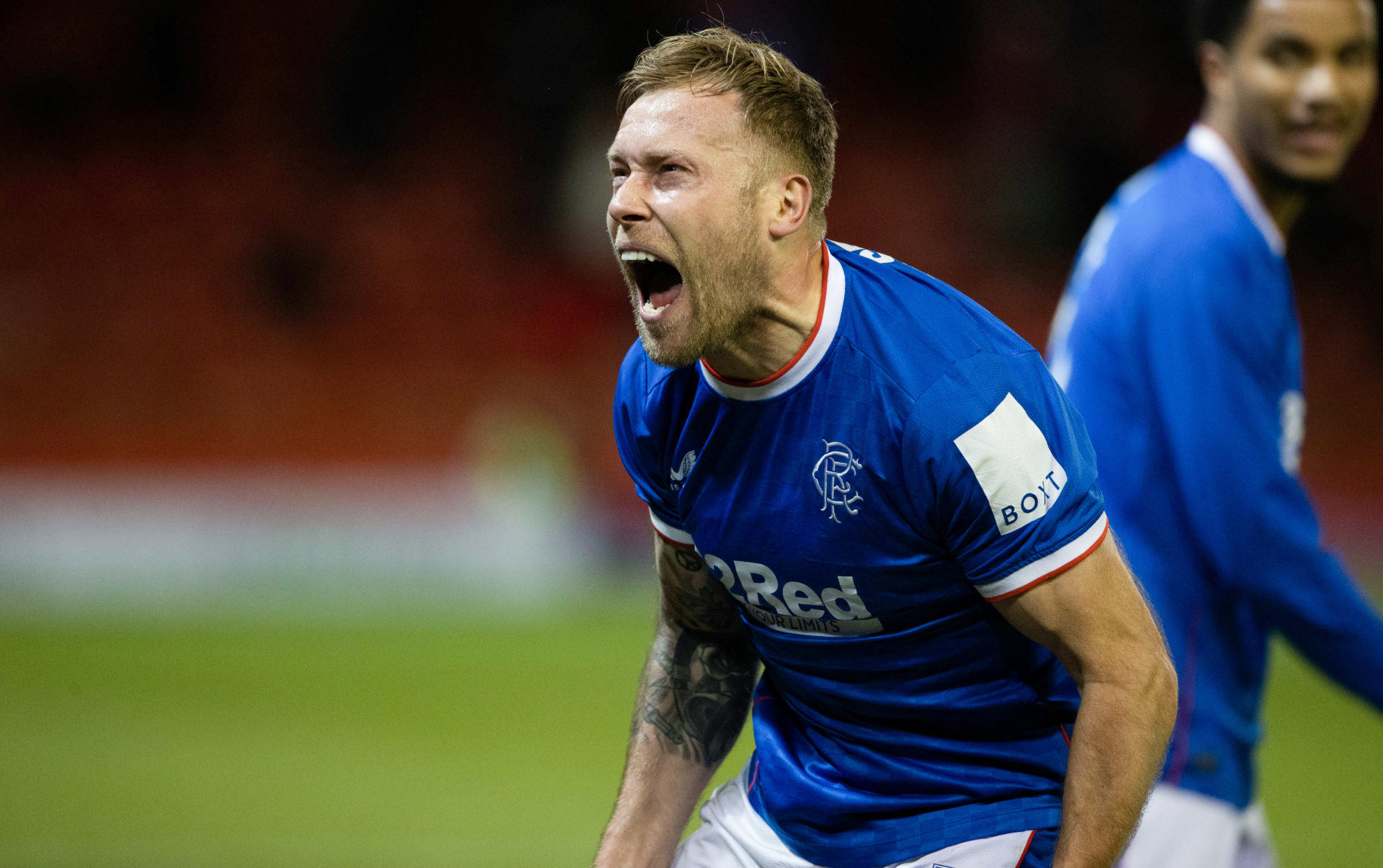 By Blair MalloyDecember 20, 2022No Comments

Rangers pulled off a sensational comeback victory to down Aberdeen 3-2 and keep their slim title chances alive.

It looked like the Dons were certain to take all three points at home against the light blues for the first time since 2016, but for the second time in a week, Michael Beale found himself on the right end of five goal thriller after Scott Arfield scored two goals deep into stoppage time.

Fashion Sakala gave Rangers an early lead after eleven minutes, before Luis DUK Lopes scored direct from a free kick on the stroke of half time.

Leighton Clarkson fired in an excellent volley for the Dons just after half time to give Jim Goodwin’s side a lead that lasted until the 94th minute, when Rangers launched their unbelievable escape act.

Rangers welcomed Connor Goldson back into the side after a long injury lay off, whilst Aberdeen introduced Jayden Richardson and Liam Scales into the starting line up.

Sakala gave Michael Beale the perfect start to, what was on paper, a tricky away tie. The Zambian international found himself free in the six-yard box before his initial shot wasn’t dealt with by Aberdeen captain Anthony Stewart.

The ball broke back to the forward, who unleashed a lethal striker past Kelle Roos. There was some suggestion of handball, but a quick VAR check ruled that the goal should stand.

Rangers almost made it two moments later. Malik Tillman wriggled free of Liam Scales in the box, before cutting the ball back to Alfredo Morelos. The Colombian could only fire the ball straight at Roos though, who palmed away comforatbly.

Yilber Ramadani was presented with a golden opportunity to equalise on the 22nd minute. The ball fell to the midfielder on the edge of Rangers penalty area, only for his driven shot to fly wide of Allan McGregor’s post when he should’ve hit the target.

Ryan Kent was looking dangerous in the final third, his pace and trickery carving openings in the Dons backline.

Minutes before half time though and Aberdeen were level. James Sands clumsily took down Bojan Miovski on the edge of the area, giving away a free kick which would prove costly for the away side.

Luis DUK Lopes stepped up and looped a free kick over the stationary McGregor who was beaten at his side. The veteran keeper seemed to be deceived by the Portuguese’ effort and a step to the side rendered him unable to stop the ball nestling in the top corner.

Five minutes into the second half and Aberdeen had completed the turnaround. On loan Liverpool midfielder Leighton Clarkson rifled home a volley from the edge of the area to send the home fans delirious.

Rangers almost found an equaliser of their own with 15 minutes left. Scott Arfield caught a volley inside the box, but Roos got his body in the way before Ross McCrorie launched the ball into the stands.

Rangers’ slack passing continued to let them down as the game edged towards the 90-minute mark.

Four minutes into injury time however and Scott Arfield found a leveller. Dons goalkeeper Kelle Roos spilled the ball at the feet of the Canadian who fired the ball into the roof of the net.

Twice in a week Rangers were to be on the right end of a five-goal game as they, somehow, got a late winner.

Arfield again popped up at the back post after Connor Goldson couldn’t connect with a cross in the box. The midfielder volleyed his shot into the ground before the ball found its way into the top corner, much to the agony of the home support.