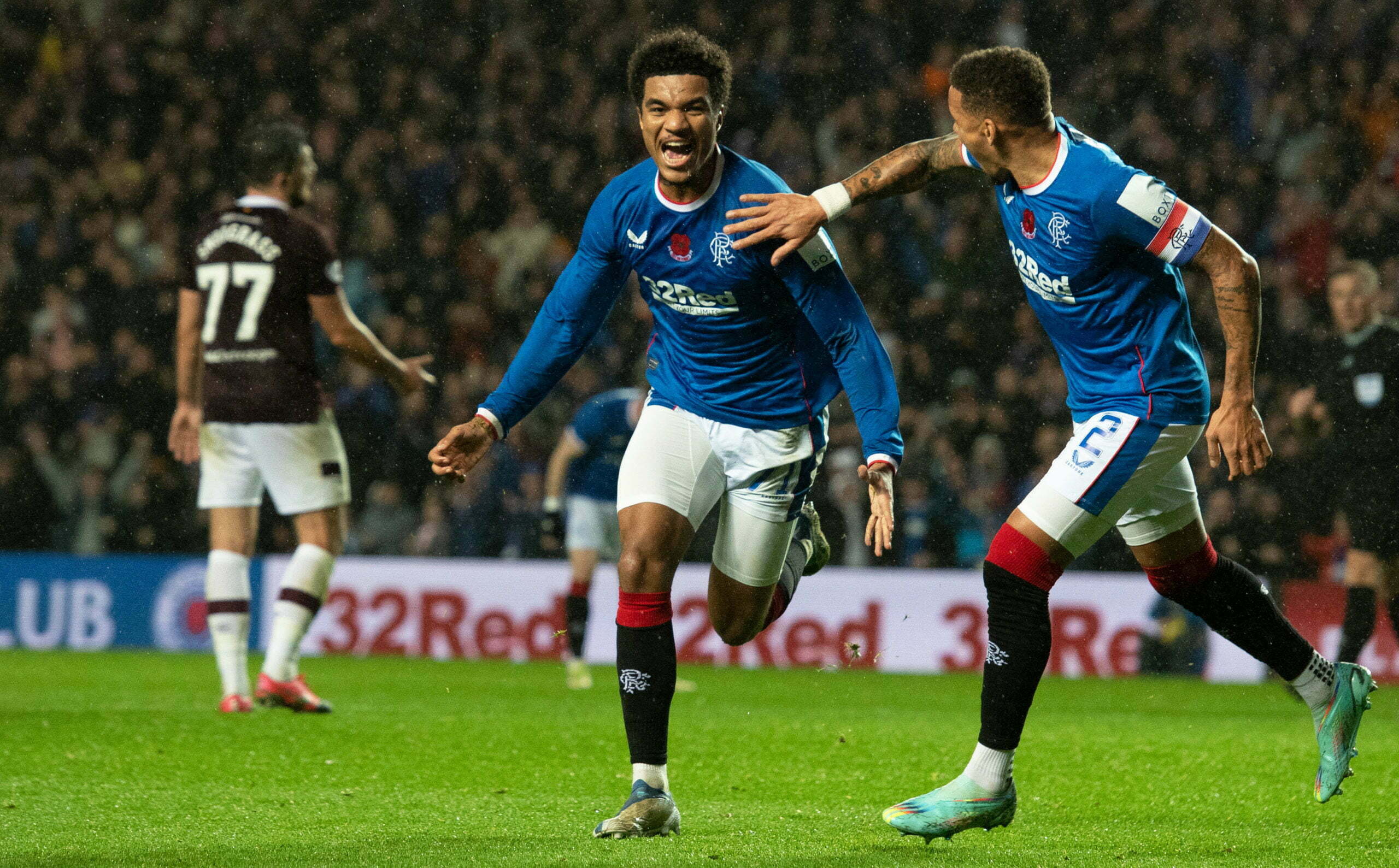 By Blair MalloyNovember 9, 2022No Comments

Rangers manager Giovanni van Bronckhorst came into this match knowing that nothing but a win would be good enough for his side, after falling seven points behind Celtic with a 2-1 loss to St Johnstone on Sunday.

John Lundstram saw an early effort go over the top but there was nothing between the two sides at the break.

Hearts had the best opportunity of the early exchanges in the second half, but former Rangers man Andy Halliday couldn’t get on the end of a dangerous Josh Ginnelly ball across the box.

The home fans were sticking with the home side despite recent revulsion towards the regime. They were rewarded for thri patience when Mailk Tillman put them ahead after some brilliant tenacity from Ryan Kent.

The English winger linked up with Borna Barisic on the left-hand side to carve out to opportunity for the US international, who powered a shot past Craig Gordon.

Rangers held on to take down a spirited Hearts side for a vital three points.

Ange Postecoglou was looking for his Celtic side to maintain their lead at the top of the Cinch Premiership as his side travelled to struggling Motherwell.

The visitors wasted no time in flexing their attacking muscle as Kyogo put Celtic 1-0 ahead. Matt O’riley done well to drive into the box before finding the Japanese forward who found the net.

Motherwell were hit with a double injury blow as Kevin Van Veen was replaced at half time, before Stuart McKinstry was withdrawn 10 minutes into the second period.

Jota thought he had doubled Celtic’s lead with a deft chip over Liam Kelly, only for it to be ruled out by VAR.

Motherwell began to grow into the game as the half wore on as Louis Moult threatened to get the hosts back on level terms.

Substitute Daizen Maeda celebrated being the only Celtic player in the Japan world cup squad, by putting his side 2-0 ahead after latching on a to a through ball from the returning David Turnbull.

Before the away fans had finished celebrating, Motherwell pulled a goal back through Ross Tierney to make for a tense finish to the game.

It may only be the 9th of November, but this tie already had the feel of a ‘relegation-6-pointer’ about it. Dundee United started the night three points adrift of their visitors at the bottom of the table, whilst Kilmarnock were looking to keep pace with Ross County after their impressive 2-0 win away to Hibs.

It was the division’s bottom side who took the lead after eleven minutes. Kieran Freeman latched on to a long ball before calmly dispatching past Zach Hemming, for his first league goal at Tannadice.

Dundee United then doubled their advantage just after the 20-minute mark through Jamie McGrath. The midfielder followed up after Glenn Middleton’s initial shot was parried away, as the home side continued their explosive start.

Eight minutes later and the home side took a three-goal lead in exquisite fashion. The influential Glenn Middleton curled in a free kick from the edge of the box as Kilmarnock crumbled.

Testament to the scale of the capitulation from his side, Kilmarnock manager Derek McInnes made a triple first half change just after the half hour mark.

The second half struggled to match the high-octane drama of the first, but Dundee United did extend their lead on 73 minutes.

Dylan Levitt, who hours earlier was named in the Wales squad to go to Qatar, caressed a beautiful effort into the bottom right corner to send the home side out of sight.

Kilmarnock ended a shambolic night bottom of the table after a night to forget at Tannadice.

St Johnstone pulled off a famous win against Rangers on Sunday and were looking to make it 4 wins in a row. St Mirren meanwhile had only taken 7 points from the last 18, after a positive start to the season.

St Johnstone took the lead just after the half hour mark after they were awarded a penalty via VAR. Veteran Grahm Carey stepped up and calmly gave the visitors a lead.

Alex Mitchell was then dismissed for the away side just after the hour mark. Alex Mitchell’s challenge on Greg Kiltie was deemed dangerous after the referee consulted VAR.

St Mirren eventual made their man advantage coun as Mark O’Hara put the buddies ahead in spectacular fashion, with a driven shot into the top corner from 25 yards.

With the last kick of the ball, Nicky Clark replicated his heroics of Sunday to score an overhead kick and in turn salvage a point for the visitors.