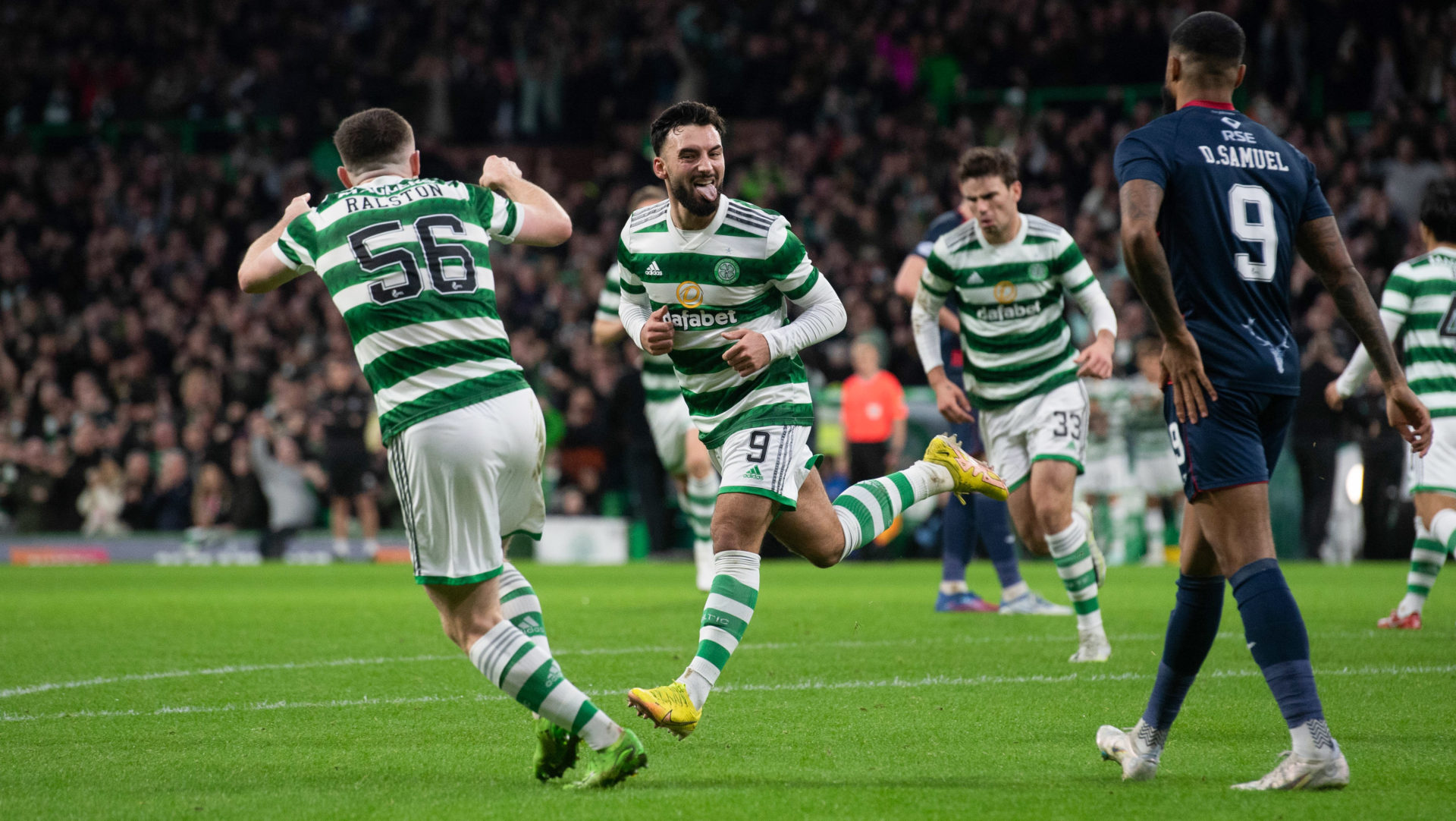 By Blair MalloyNovember 12, 2022No Comments

Ross County took a shock second half lead after they were awarded a penalty from a Matt O’Riley handball. David Cancola dispatched to give the away side something to hold on to.

The Dingwall side could only keep the champions out for 10 minutes though as David Turnbull equalised on the hour mark.

Reo Hatate tied the County defence in knots with some excellent foot work before squaring the ball for Turnball to finish clinically.

Celtic then illustrated the strength in their attacking arsenal, as Sead Haksabanovic played a quick one-two with Turnbull before bending an exquisite finish into the far post.

Ange Postecoglou’s side held on to their narrow lead to stretch their advantage at the summit of the Premiership to nine points.

Livingston went ahead ten minutes after half time through midfielder Stephen Kelly. Andrew Shinnie made his way in behind the Hearts defence before firing a low ball across the box for the former Rangers man to fire in.

Hearts problems got worse when they were reduced to 10 men and Livingston were presented with a penalty. Kye Rowles fouled Joel Nouble and VAR indicated he should go for an early bath. Veteran Craig Gordon stepped up to keep Hearts alive though by palming away Sean Kelly’s effort as the score remained 1-0.

This was to be a game of late drama, as Hearts found an equaliser in the 7th minute of stoppage time. Josh Ginnelly latched on to a loose ball in the ball before rattling his effort home to spark jubilant scenes which saw manager Robbie Neilson booked for running on to the park.

David Martindale felt aggrieved that VAR didn’t intervene in what he though was a foul in the build-up as he watched his team throw away two points.

VAR was centre stage at Rugby Park as Kilmarnock were awarded a 53rd minute penalty for a foul on Liam Polworth.

Danny Armstrong stepped up to continue his fine scoring form this season, dispatching his sixth and putting his side ahead.

Derek McInnes’ side held on for the win, as pressure begins to mount of his Hibs counterpart Lee Johnson.

The Perth side came into this game on a high after rescuing a point with a last-minute equaliser against St Mirren midweek. Drey Wright gave them a 25th minute lead after following up on a David Wotherspoon strike.

Motherwell found an equaliser in first half stoppage time through Blair Spittal.

However, neither side could find the net in the second half and shared the points.