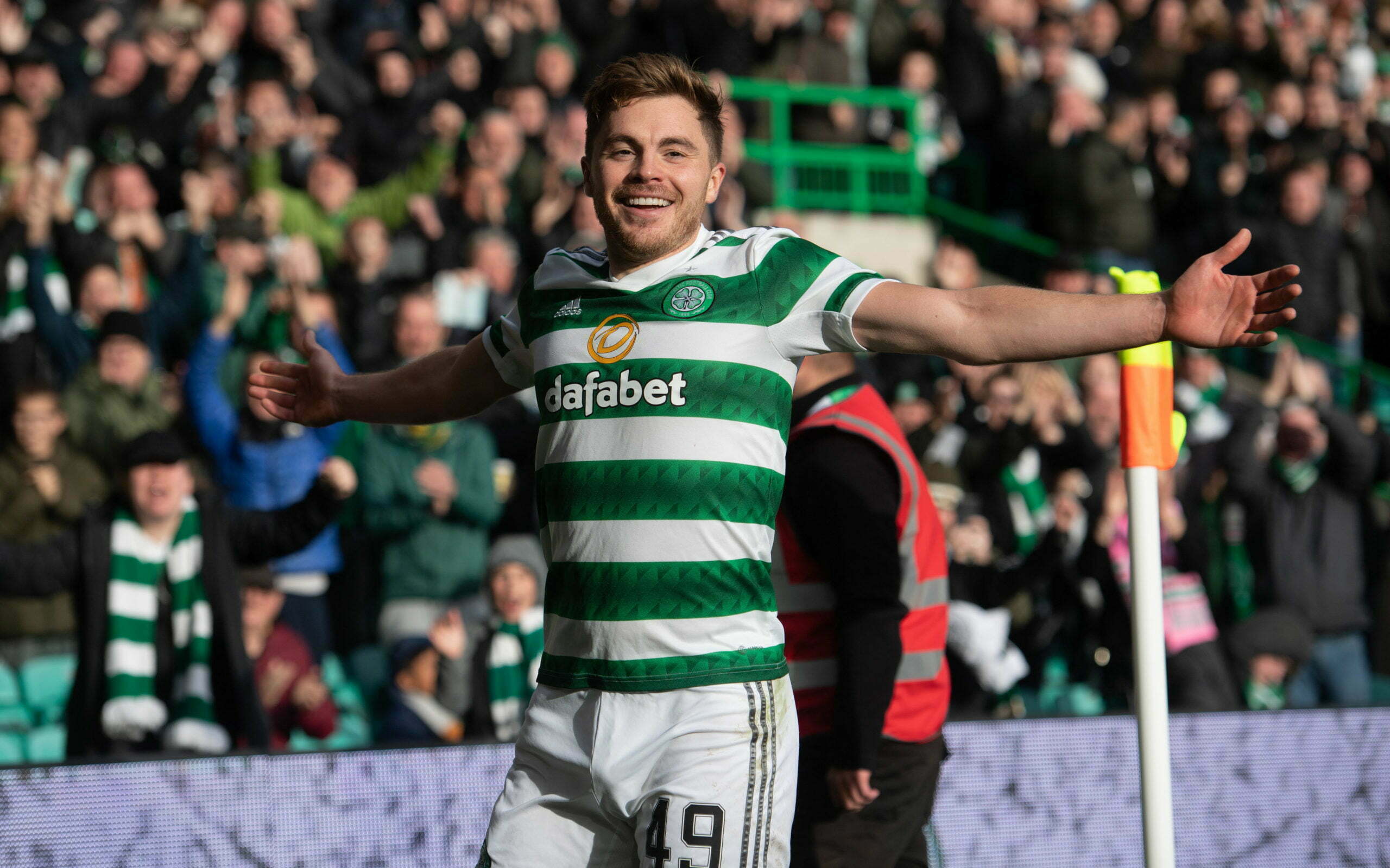 By Blair MalloyOctober 15, 2022No Comments

Celtic took the lead within the opening 10 minutes. Sead Haksabanovic found the experienced James Forrest at the back post, the winger in the right place to prod the ball home from close range to score his 98th goal for the Hoops.

The champions were then two goals ahead before the 20-minute mark. Alexandro Bernabei carved out space on the left before rolling ball across goal for Giorgos Giakoumakis to turn in the home side’s second.

The home fans were being treated to a festival of football, and it was soon 3-0. James Forrest helped himself to another when David Marshall spilled the forward’s shot over the line, leaving himself one goal off of the century.

Celtic came out on the front foot as the second half began but Hibs pulled a goal back against the run of play. Elie Youan dispatched a well taken finish to give the away side a glimmer of hope before the hour mark.

Hope was all it would be though, as a minute later Celtic restored their 3-goal advantage. James Forrest capitalised on slack midfield play from Lee Johnson’s side and fired in his hat trick goal to notch up 100 strikes for Celtic.

Ange Postecoglou batted away criticism of his side before the match and they were proving him right as they made it 5-1 on 73 minutes. A penetrating ball from Anthony Ralston found Liel Abada, who picked out Greek forward Giakoumakis to finish for his second of the afternoon.

Celtic completed the round as the clock ticked over to the 90-minute mark, making it 6-1 through Daizen Maeda. The Japanese forward had come in for criticism after his Champions League performance but rounded off the scoring with a clinical finish.

The visitors almost went ahead early, as James Brown saw his shot crash off the underside of the bar.

Livingston took the lead 10 minutes before half time.

After some excellent play out wide, the ball broke to Dylan Bahamboula, whose deflected shot found the back of the net.

Tony Watt almost had Dundee United ahead on the half hour mark. The striker was picked out from a Kieran Freeman cross only to send his header over the bar.

It was the home side that took the lead however, when Ross Callachan found the top corner from close range minutes before half time.

On the hour mark the dangerous Watt finally hit the back of the net to level the scores. Glenn Middleton burst away from the defence on the left and fired a ball across the box for Watt to sweep home.

Ten minutes before half time, Ryan Strain stung the palms of Kilmarnock ‘s Zach Hemming. The goalkeeper pushed the Australian’s effort over the bar to maintain parity on the score board.

The game finished goalless as both teams leave with a point.