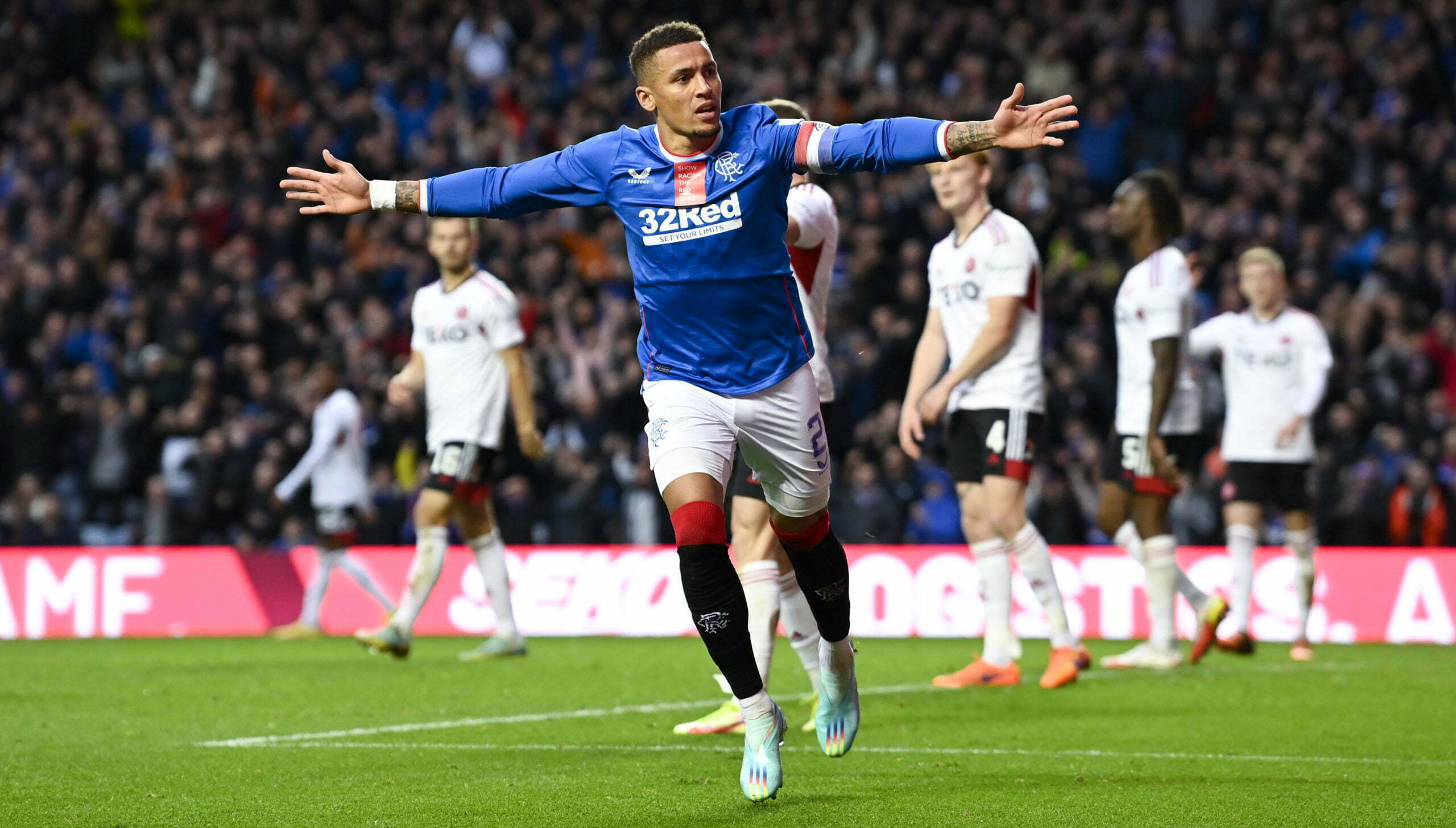 Rangers started the game brightly but were dealt another injury blow as Ridvan Yilmaz lasted only eight minutes before having to be replaced by Borna Barisic.

The away side took the lead on the 20th minute mark as Connor Barron stunned the home crowd. Luis ‘Duk’ Lopes weaved his way into the box before the ball broke to Barron who lashed the ball home.

Six minutes later and Rangers were level through Antonio Colak. John Lundstram slipped a precise through ball to Malik Tillman who found the Croatian to side foot home the leveller.

John Lundstram gave the home side the lead with almost the last action of the first half.

James Tavernier got his 12th goal in 22 games against the dons to give Rangers a two-goal advantage early in the second half.

The captain then had a golden opportunity to make it four when Rangers were awarded a penalty thanks to VAR. The full back couldn’t capitalise however, as his strike came back off the post and the score remained 3-1.

Rangers were streaming forward at every opportunity and the home side finally got their fourth through Alfredo Morelos after some great play by Fashion Sakala.

Mykola Kuharevich thought he had put Hibs ahead after nine minutes, but much to the relief of the buddies it was ruled out by VAR.

Four minutes into stoppage time at the end of the half and Hibs had the lead after Martin Boyle dispatched a VAR awarded penalty.

Kuharevich wasn’t to be denied in the second half though and the Ukrainian made it 2-0 with a curling effort past Trevor Carson in the 64th minute.

Moments later and Hibs struck again to run away with victory. Ewan Henderson latched on a deflected shot from Elias Melkerson, where he calmly finished into the top corner.

Sondre Solholm Johansen headed the away side in front after 22 minutes from a Blair Spittal cross.

The home side were reduced to 10 men five minutes before the break after Tony Watt was shown red for serious foul play on Sean Goss.

The home side took an early lead inside four minutes. Forward Stevie May saw his effort deflect off Ash Taylor to find the bottom corner, the strike eventually awarded as an own goal to the Kilmarnock defender.

St Johnstone thought they were down to 10 men when referee Craig Napier showed a straight red to James Brown, only for it to be overturned on review of VAR.

Kilmarnock were then dealt another blow when they thought they had equalised through Jordan Jones, before the referee’s whistle cut the celebrations short for a foul in the area.