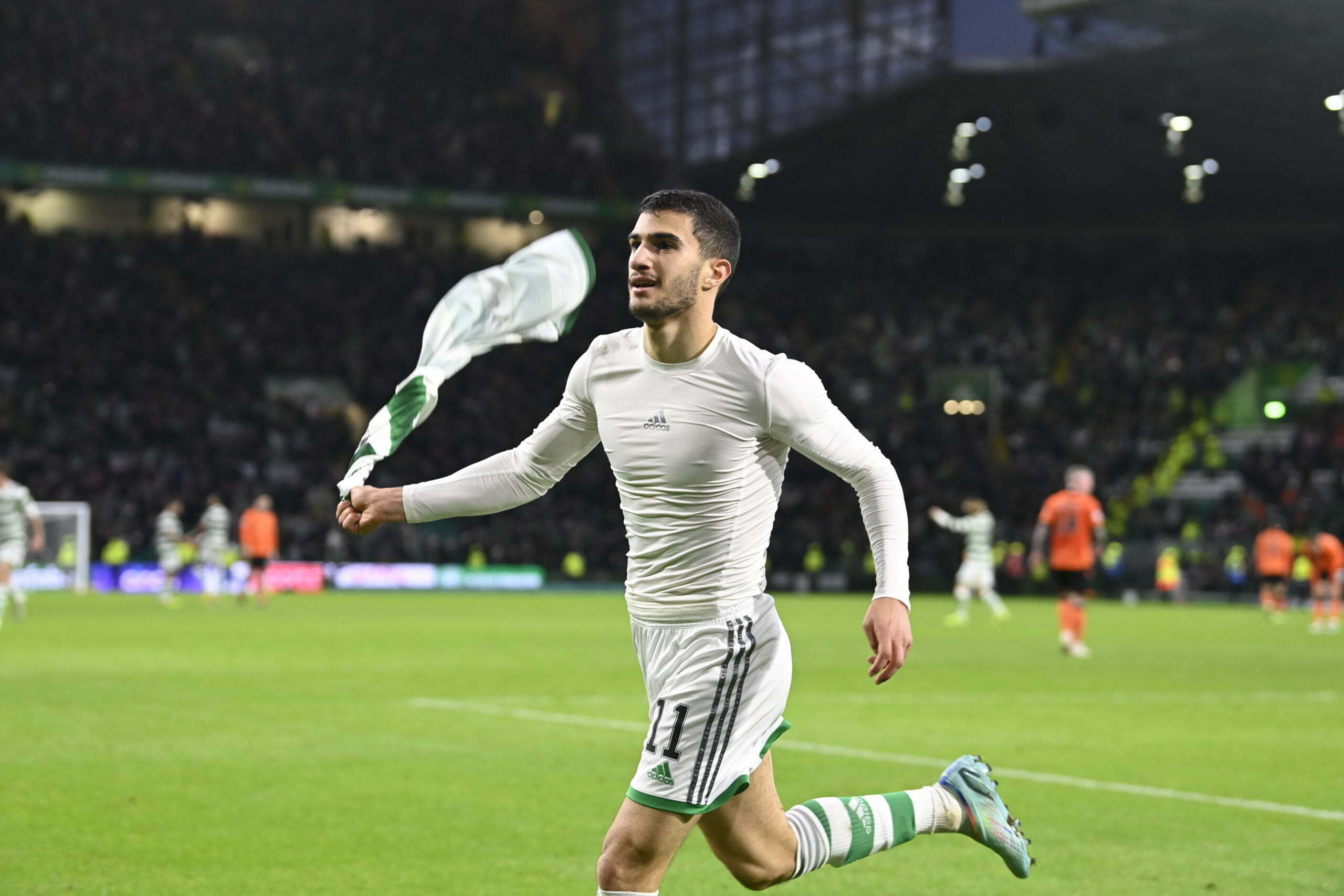 By Blair MalloyNovember 5, 2022No Comments

Ange Postecoglou made seven changes from the side that were beaten in the Bernabeu and it was one of those coming in who got Celtic off to the perfect start.

Sead Haksabanovic latched on to a ball across the face of goal from Jota to turn into the net on six minutes.

Celtic were once again haunted by VAR though and conceded yet another penalty with the game just eleven minutes old.

Alexandro Bernabei was judged to have handled in the area, allowing veteran forward Steven Fletcher to step up and dispatch the equaliser.

Haksabanovic then got his second of the afternoon to restore Celtic’s lead, 10 minutes before the break.

A Giorgos Giakoumakis header fell to the Montenegrin winger, whose driven shot was too much for Mark Birighitti to handle and the ball squirmed into the net.

Greg Taylor narrowly protected his side’s lead after Glenn Middleton had broken through the Celtic defence.

The winger managed to beat Joe Hart, but Scotland full back Taylor was on the line to clear as the game drew into the closing stages.

Substitute Dylan Levitt then punished the home side for not killing the game earlier as he found an equaliser. His floated cross evaded everyone and found the bottom corner.

The drama wasn’t over there though with Celtic once again proving their resilience. Kyogo came off the bench and headed in what looked to be winner as the clocked ticked over to 90 minutes.

Liel Abada then made the points certain with another clinical finish moments later; breaking Dundee United hearts and sending the Hoops seven points clear of Rangers in the process.

Ross County took an early lead through Jordan White, after the forward ghosted into the box to turn home a floated ball into the area.

The home fans barely had time to celebrate however when St Mirren drew themselves level with a stunning equaliser.

Australian winger Ryan Strain stepped up to free kick 25 yards from goal and proceeded to curl one into the top corner.

St Mirren took the lead deep into first half stoppage time through Mark O’Hara after a goal mouth scramble.

Ten minutes into the second half and the home side were level. Jordan Tillson picked up the ball on the edge of the area and rifled a low shot off the far post.

Incredibly, the Staggies then took the lead as Owura Edwards drifted ball into the back post where George Harmon was on hand to header it home.

Both sides continued to exchange blows in the second half as Jonah Ayunga came closest to grabbing an equaliser for the Paisley side.

Alex Grieve then had a golden chance to level, five minutes from time. Goalkeeper Ross Laidlaw was equal to the strike however and cleared with his feet.