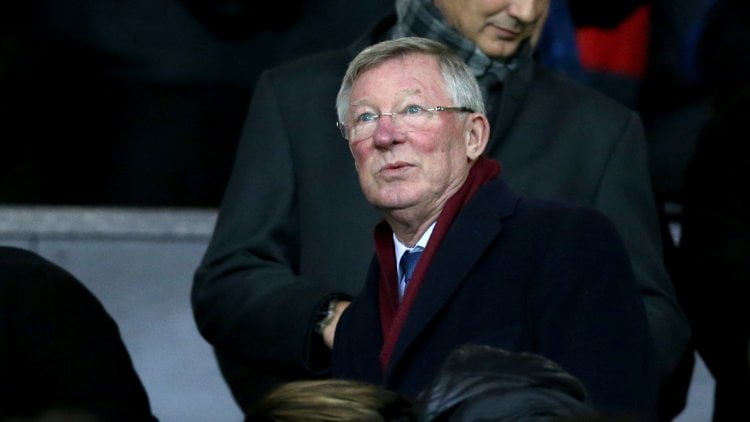 Former Manchester United manager Sir Alex Ferguson has sprung to the defence of under-fire Louis van Gaal and urged fans to be patient during the club’s current tribulations.

Despite being only a point off the top four in sixth place and a replay away from a Wembley FA Cup semi-final, United exited the Champions League after the group stage, were knocked out of the Europa League by arch-rivals Liverpool and lost to Middlesbrough in the Capital One Cup.

There has been growing unrest among large sections of the support about Van Gaal’s handling of the team and the way they play but Ferguson, who still attends almost every match home and away, insists they should not be too quick to judge.

“It is dead easy to be critical,” he told Sky Sports.

“You have to be realistic about some things – the number of injuries he has had: Phil Jones has played only seven games this season, Ashley Young, (Antonio) Valencia, (Luke) Shaw, these are big losses.

“It doesn’t matter which team you are, if you have players missing of that calibre it has to have an impact on the team.

“The other aspect which is always easy to forget there are also five new players in their first season at United, and two are young players in (Anthony) Martial and Memphis (Depay) and their promise is good.

“You have to have some patience being a Manchester United fan and they have shown that over the years; in Matt Busby’s time, in my time.

“For 150 years of history it is worth having a couple of years on the quiet side of success because they will always come back and come back strong.”

One of the positives to come out of Van Gaal’s injury problems is the emergence of a number of youth team players who have had to be drafted in.

The best of those appears to be Marcus Rashford, a local-born 18-year-old who has scored five goals in eight appearances.

“You have to give him credit, he’s given nine young players their debut. I think the future is good,” Ferguson said of Van Gaal.

“Rashford is an example of what I think is Manchester United. They are the one club in England who will always identify a Rashford and give a young kid a chance – there is no better club in England at giving young kids a chance.

“Rashford is a sensation and one of the best in years.”

United’s bid to regain their domestic dominance will be further hampered next season by the arrival of former Barcelona and current Bayern Munich coach Pep Guardiola at Manchester City.

While Ferguson admits their “noisy neighbours” have pulled off a great move in securing the services of the best manager of his generation, he sounded a word of caution to the Catalan.

“Man City have made a real coup in getting him but Pep won’t find it easy, English football is not easy,” he said.

“Every foreign coach that has come to England will tell you that.

“Pep will be a success but I don’t think he’ll ever replicate what he did at Barcelona because that was a high standard – they were the best.

“Pep will improve City but Arsenal, Liverpool, Chelsea, Tottenham will want to do something and will be desperate to win the league next season as much as City, so for Pep there is not a guarantee they can win the league.”