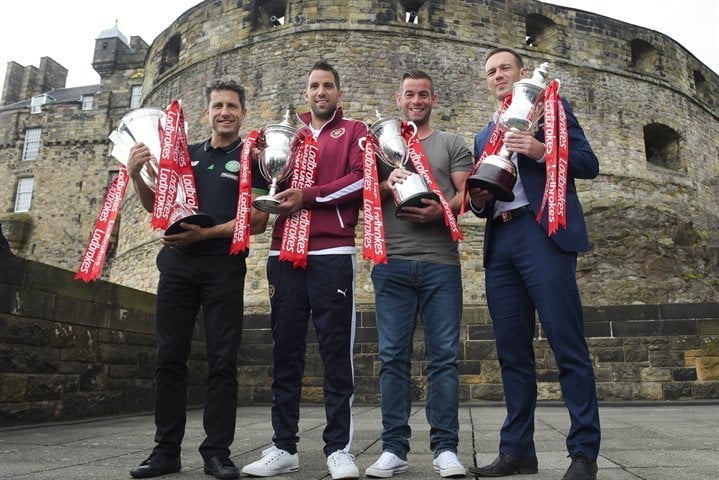 SPFL fixtures: Who has your team got on the opening day?

Celtic kick off their quest for five in a row against Ross County at Celtic Park, after the SPFL fixtures were released for the forthcoming season.

The Hoops were given a stern test by Aberdeen in last year’s campaign but have been made runaway favourites by Ladbrokes – new sponsors of the SPFL – to lift the Premiership title once again at (1/20).

Derek McInnes’ Aberdeen side travel to Tannadice to face Dundee United on the opening day and will hope to mount another title challenge to the Hoops.

United also looked in contention for a strong finish last season until they sold Gary Mackay-Steven and Stuart Armstrong to Celtic in January and they’ll hope to get off to a good start before the Dundee derby on August 12.

The Dark Blues travel to Ayrshire to face Kilmarnock on August 1 and may well fancy their chances of picking up three points against Gary Locke’s men, who have been made one of the favourites for the drop.

Premiership newcomers Hearts have been given a tough opener against St Johnstone at Tynecastle as the Saints will be a few weeks into their season already with European commitments.

Scottish Cup winners Inverness CT are up against Motherwell, who beat Rangers to secure their 30-year stay in the division in last season’s play-off final, while Hamilton Accies are at home to Partick Thistle.

*Ladbrokes are offering top prices for every side to win the Premiership, Championship and Leagues 1 and 2 – visit Ladbrokes.com or see in shop for more information.