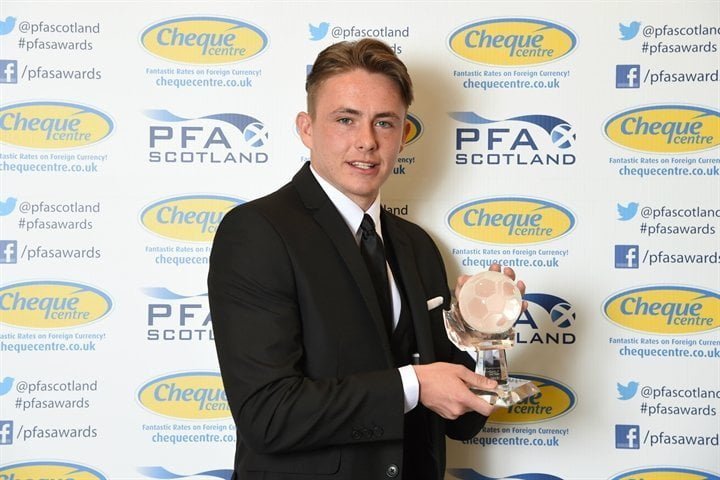 By Derek Clark at McDiarmid Park

A dominant St Johnstone brushed aside struggling St Mirren with ease at McDiarmid Park with a scoreline that flattered the Buddies.

Goals either side of half-time from Brian Graham and Steven Anderson sealed the three points for Tommy Wright’s men and in doing so move them up to fifth in the Premiership table.

The hosts started brightly and Graham came close with a header after six minutes when he was picked out by the impressive David Wotherspoon.

The forward then missed a gilt-edged chance five minutes later when Dave Mackay cut the ball across the face of goal but he could only fire straight at St Mirren goalkeeper Mark Ridgers.

Graham then hit the woodwork midway through the first half with a superb curling effort from the edge of the area. He must have been wondering if it was going to be his afternoon.

But the former Dundee United man finally made the breakthrough on 33 minutes when he was picked out again by Wotherspoon. He controlled the ball in the six yard box and stroked it past Ridgers.

St Mirren came close to an equaliser five minutes into the second half when James Dayton fired a low angled strike just wide of Alan Mannus’ goal, while at the other end Graham and Anderson came within inches of scoring with headers.

The second goal did come on 62 minutes however, and it was Wotherspoon once again the provider. His corner was met at the back post by the head of Anderson who nodded the ball into the back of the net.

St Mirren huffed and puffed and almost got back in the game four minutes later when Viktor Genev forced Alan Mannus to make a point-blank save from a close range volley.

But in all honesty, it was far too easy for Tommy Wright’s men. The Buddies looked a team resigned to the fact they’ll be playing Championship football next season.

They find themselves four points adrift at the foot of the table and on the face of today’s showing, that gap is only going to get wider.