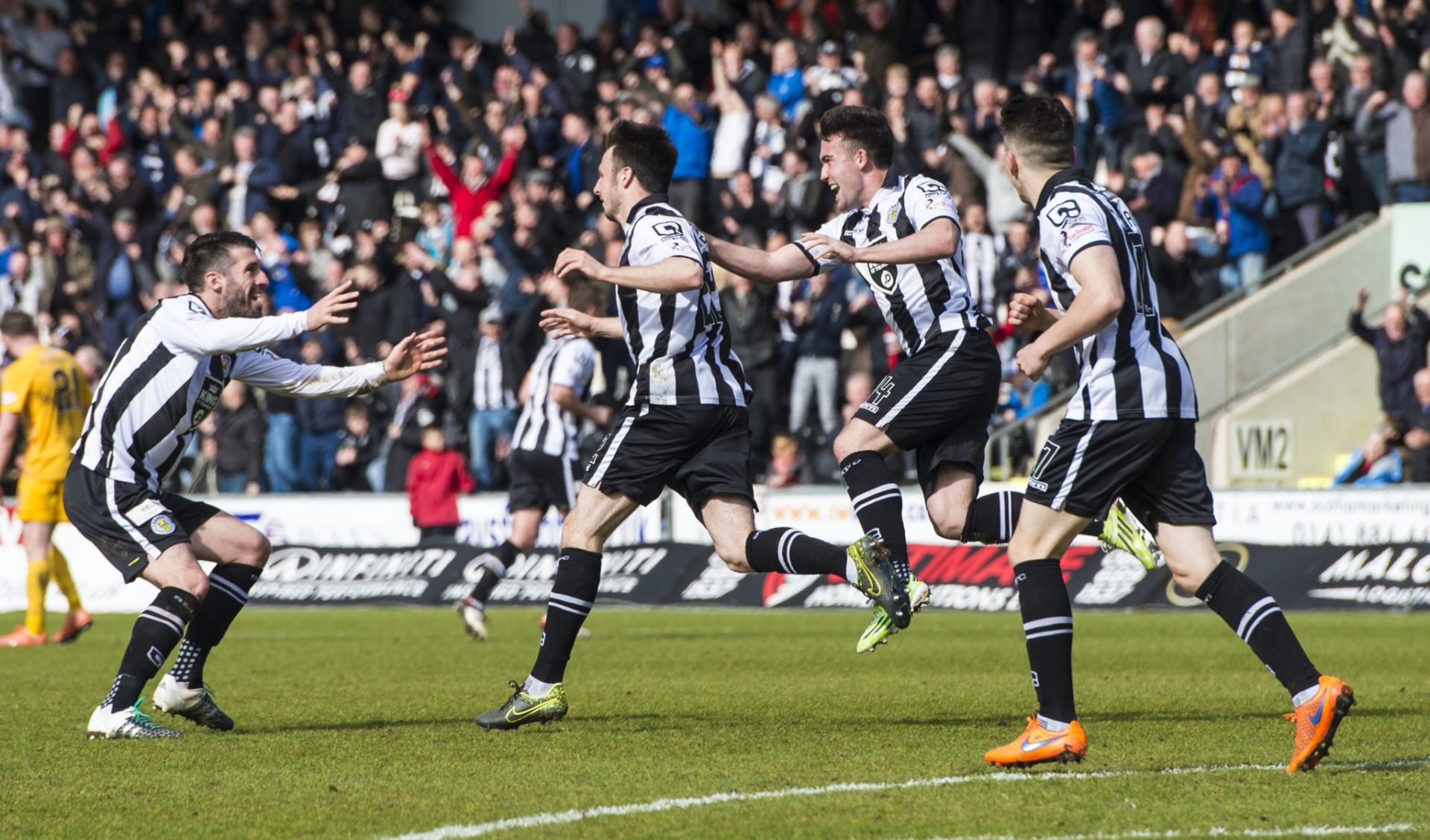 St Mirren moved to within a point of their Renfrewshire rivals with a hard fought but well deserved derby victory.

Laurence Shankland put the hosts ahead after seven minutes with a terrific strike from around 20 yards that nestled into the top corner.

Morton equalised on 58 minutes through their on-loan talisman Denny Johnstone after hitting the Buddies on the break.

But they were behind again just four minutes later when Calum Gallagher capitalised on a mistake in the Ton defence to side-foot past Derek Gaston into the bottom left-hand corner.

Stevie Mallan made sure the bragging rights belonged to the Paisley side with a right-footed strike in stoppage-time after great work from Alex Cooper.

The result moves St Mirren up to sixth in the table and boss Alex Rae was delighted to prevail with the three points.

“It was a right ding-dong typical derby, the pleasing thing is the way the players keep responding, it shows a lot of spirit and as a manager you can organise teams with preparation, practicing corners and set plays but you can’t put character into people and that’s the most pleasing thing for me.”

Meanwhile Morton’s 17-year wait for a derby victory continues and manager Jim Duffy cited poor decision making and communication as the reasons for the defeat.

“We got into good areas, we controlled a lot of the ball but when we get into the final third we picked the wrong option or were sloppy with the final ball.

“The second goal in particular is something that has blighted our season and that’s lack of communication.”