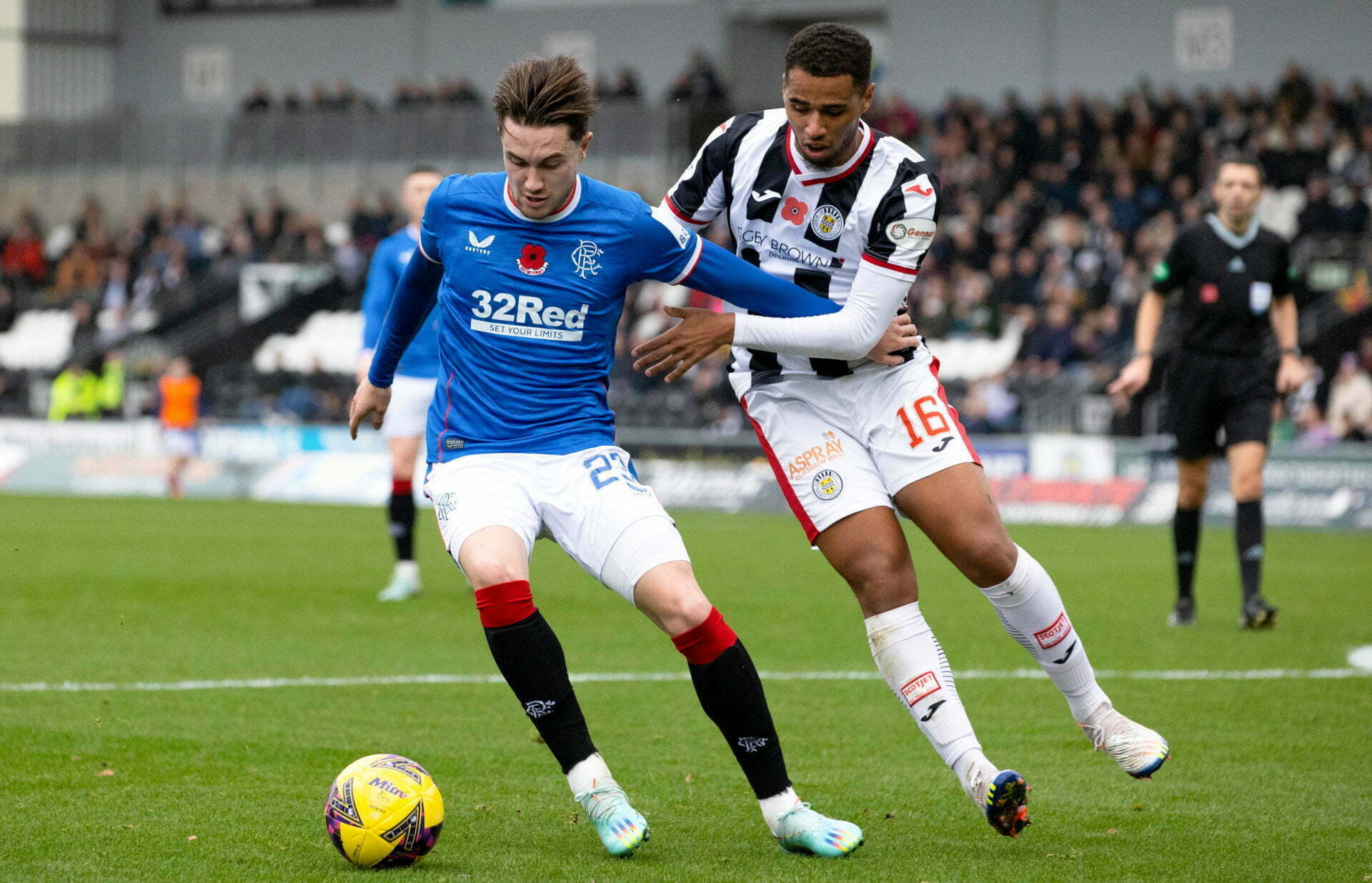 Rangers travelled to Paisley this lunchtime knowing that three points were vital to keep pace with Celtic before the 5-week World Cup break.

St Mirren, meanwhile were looking to bounce back from the agony of dropping 2 points to a las- minute Nicky Clark equaliser against St Johnstone midweek.

The visitors started brighter when Malik Tillman made space for himself on the edge of the area before lashing his shot just wide.

The returning Scott Wright made his first Premiership start since August and found himself in space in front of goal, only to be brilliantly denied by the feet of Trevor Carson with 15 minutes gone.

Wright then carved another opportunity out for himself on 24 minutes, after a driving run through the heart of Buddies midfield before pulling his low shot wide.

Rangers dominated the ball as the half dragged on but were unable to break down a stubborn St Mirren defence.