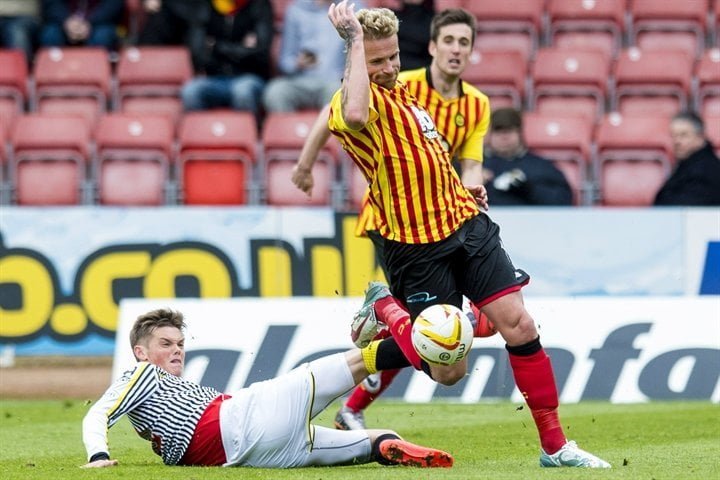 Stevenson: First-team football should be played on grass

Partick Thistle midfielder Ryan Stevenson believes synthetic surfaces should be restricted to training and youth teams – and not played on by the starting XI.

The debate over grass pitches and astro turf continues to rage on in Scottish football with players’ biggest complaints being about the perceived increased likelihood of injury on 3G on 4G pitches.

Stevenson is on the road to recovery after requiring surgery on a knee injury he picked up against Hamilton Accies on New Douglas Park’s synthetic pitch.

And he believes first-team players shouldn’t have to play on these type of surfaces.

“Everybody’s got their own opinions on it but for me I prefer playing on grass,” he told STV, “It was the way I was brought up.

“I can understand for a business point of view, the revenue it brings in for clubs, but for me first-team football should be played on grass.

“Things are coming along slowly but I’m looking forward to getting the season underway and hopefully I’ll be fit for the start.

“It took me a wee while last year to get going so hopefully I can hit the ground running this year.”