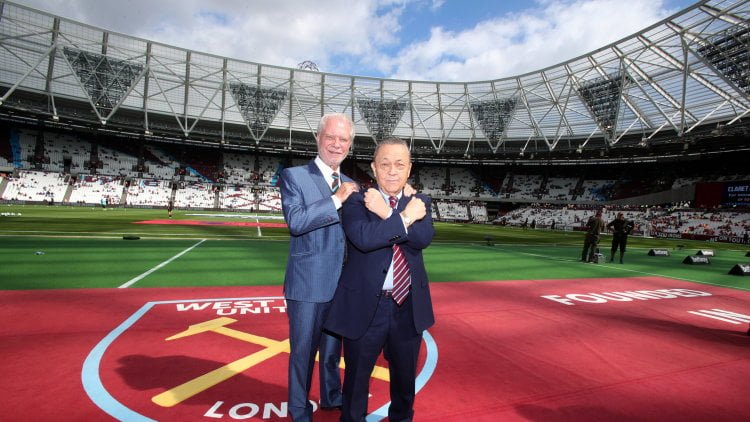 David Sullivan has dismissed suggestions that he and joint-chairman David Gold are actively seeking to sell their shares in West Ham.

A report on Tuesday claimed the duo were looking to sell part of their stake in the club but Sullivan, who owns 51 per cent of West Ham, branded the rumours “utterly false”.

“It is no secret that both David Gold and I see our long-term futures as custodians of West Ham United,” he said.

“We have never once viewed West Ham United as a short-term project and plan to be here for many, many years, bringing further progress to the club on and off the pitch, and success to our loyal supporters.

“It disappoints me to see an article published that is so utterly false.”

Sullivan turned down an approach from energy drink company Red Bull to take over the club last summer, just before West Ham moved into the Olympic Stadium.

And in December he reiterated he and Gold, who bought West Ham in 2010, have no desire to sell “unless it is to somebody like the King of Saudi Arabia who can take it to a level we cannot ourselves hope to reach”.

West Ham have struggled on the pitch this season but should maintain their Premier League status after beating Swansea last Saturday, their first win in eight matches.