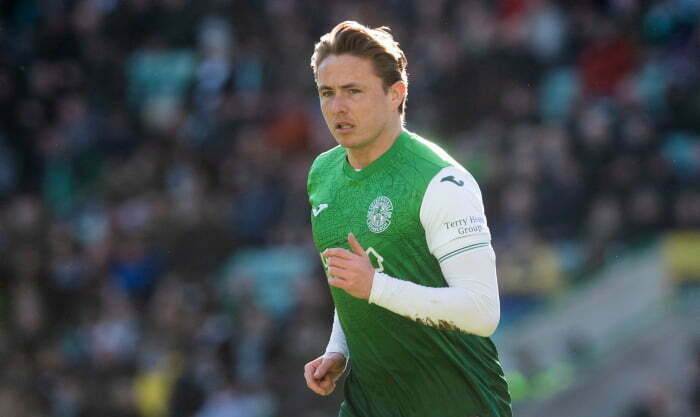 By Cheryl SmithAugust 16, 2022No Comments

‘Scott Allan can still play in the premier league’ Tam McManus told PLZ Soccer when questioned about the future of the former Hibs playmaker.

It comes after Allan, 30, himself claimed he has an ‘asterisk next to his name’ having yet to find a club despite being two games into the new season.

Once of Hibs and Celtic, the midfielder said: ‘There’s life left in me. I need to be playing. Since being diagnosed with the heart condition a few years ago, it’s thrown doubt in there for some of the clubs.’

Speaking to PLZ Soccer ex-Hibs ace Tam McManus said: ‘Whether he gets an offer from the premier league I’m not so sure.

“If he’s really hungry and wants to get back playing he’ll go to whatever level he can’.

Scott Allan came through the youth ranks at Dundee United before making the move down south to English side West Brom.

Following a string of loan moves, where he failed to make his mark, he moved back north to Hibs where his performances gained him admirers from both sides of the Old Firm.

A move to Celtic would follow but he struggled for game time under Brendan Rodgers and moved back to Hibs on loan in 2018 before signing a permanent deal the following year.

Allan was released by the Easter Road club in the summer of 2022 and has yet to sign on the dotted line despite the new campaign kicking off two weeks ago.

Would you be happy if your club signed up the ex-Celtic midfielder this season?

Could the 30 year old still flourish in Scotland’s top flight? Let us know!

We’ll be discussing this and more on today’s Football Show with Peter Martin, Alan Rough and Hugh MacDonald.