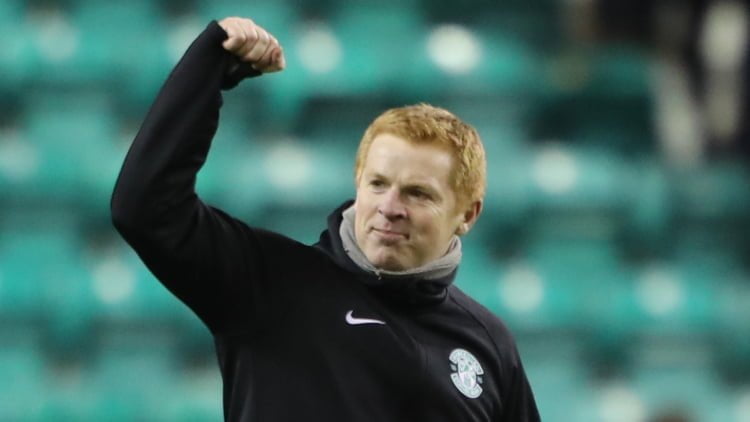 Tension will be high at Ibrox

Neil Lennon will “thrive” on the hot reception he is sure to get when he takes his Hibernian side to play Rangers at Ibrox on Saturday.

The last time Lennon was in the Govan as Celtic boss in 2012 he watched from the media room having been banned from the dugout for the second half by the referee Calum Murray.

To add to the spice of the keenly-awaited Ladbrokes Premiership encounter, it will be the first meeting between the two clubs since the 2016 William Hill Scottish Cup final where David Gray scored a stoppage-time winner for Hibs before a pitch invasion led to clashes and several arrests.

Speaking at Hibs’ training ground the Northern Irishman was asked about how he might be greeted by the Gers fans.

He said: “I wouldn’t say welcoming no, but it will be loud I imagine. I expect just the usual.

“You wouldn’t be a human being if you could just bat it off all the time.

“There are some difficult things you have to listen to, regarding your heritage, your family or your background.

“You don’t ever get used to it, but you can draw some strength from it.”

The former Celtic midfielder admits he can finds some humour in some of the barbs he hears.

He said: “The majority of time you can blank it out or laugh it off.

“You have to find some humour. If you don’t have a sense of humour there is no point in being in it.

“Some of the comments are quite funny.

“We live in a world of social media where people make scathing remarks that are way beyond the pale but a lot are laced with a lot of humour and I find that funny.

“You have to laugh at yourself at times, you can’t take yourself too seriously.

“I have a lot of good memories playing and managing there.

“And I like to think most of the time I swam through it.”

Lennon is hoping there is no hangover from the cup final and that the game passes off peacefully.

He said: “I want everyone to go to the game, enjoy it and go home safely.

“It is in the past, it was a hugely significant day for Hibs winning the cup, it meant so much to so many people, they had waited a lifetime for it. It’s gone now.

“We would like to do that again at some stage but as that rivalry, we need to keep it safe and secure within 90 minutes.”