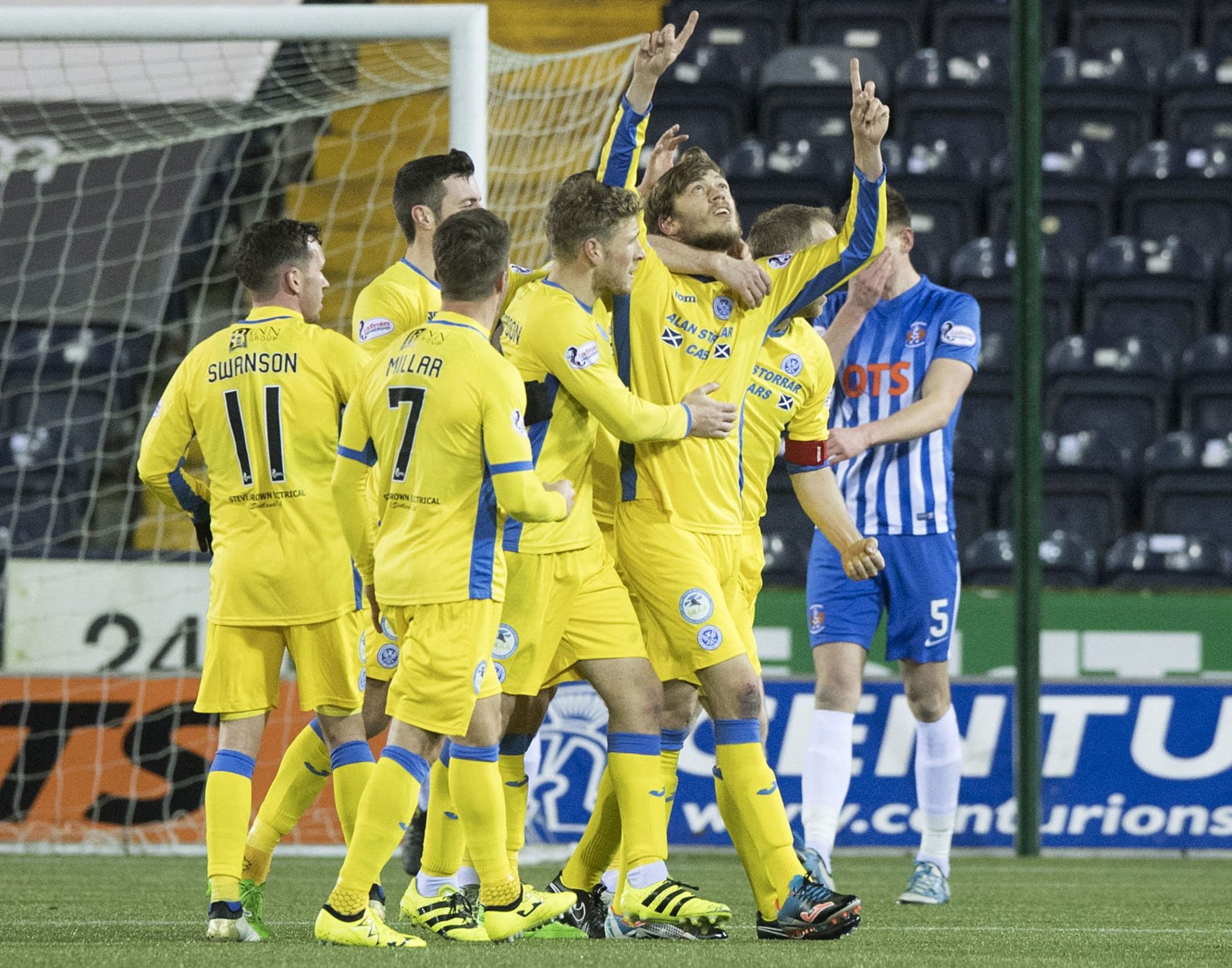 The Wright conditions for Saints

St Johnstone boss Tommy Wright hailed his side after they weathered both Kilmarnock and Storm Barbara to pick up another win on the road.

The Perth outfit were faced with heavy showers and a swirling wind as they ran out at Rugby Park.

But Murray Davidson’s first-half strike ensured Saints collected their fourth away win of the campaign as they moved to within a point of fourth-placed Hearts.

Wright said: “I’m happy with the performance. It was difficult conditions and we lost a bit of control for about 25 minutes in the second half when Kilmarnock had a right go.

“They put a lot of balls in our box but we defended how we know we can. They had a few little skirmishes but not really any clear-cut chances.

“We saw the game out pretty comfortably in the end, so we’ve got to be happy coming here to a difficult surface and getting a clean sheet and a win.

Davidson slotted home with a cool finish two minutes before the break when Blair Alston’s corner was allowed to land at his feet.

Killie had chances to cause problems after the interval but were frustrated as they all went begging.

That frustration boiled over in stoppage-time as Saints played down the clock when defender Luke Hendrie was sent off after collecting two quick-fire bookings.

He first charged into Liam Craig before letting off a foul-mouthed volley of abuse at referee Stephen Finnie.

Killie boss Lee Clark, who admitted he should not have taken off Nathan Tyson when he brought on Kris Boyd midway through the second half, said: “The St Johnstone players managed the situation very well and Luke has got frustrated by it.

“It looks to me that the second one is foul and abusive language, so we’re very disappointed.

“But that was just an indication of where we were – ill-disciplined and fragmented.

“I cannot fault the effort of the players at all but I just felt there was no cohesion and I played a big part in that because I made the wrong call in taking Nathan off.”