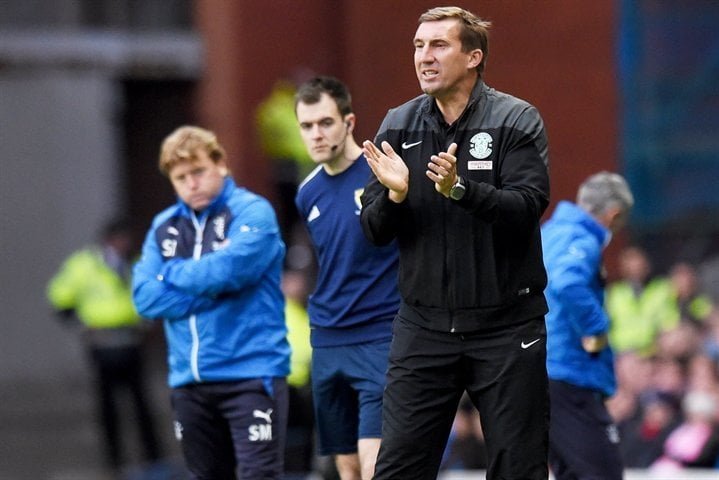 Tie is far from over, insists Hibs boss Stubbs

Hibernian boss Alan Stubbs bristled at the suggestion that his players crumbled under the pressure after they lost 2-0 to Rangers at Ibrox in the Scottish Premiership play-off semi-final first leg and insists the tie is far from over.

Goals from Nicky Clark and Kenny Miller sealed the victory for the Light Blues after Hibs striker Jason Cummings missed a wonderful opportunity to put his side ahead.

The Edinburgh outfit have gained the unenviable reputation of ‘bottlers’ after last season’s capitulation to Hamilton Accies and disappointment in Cup competitions but Stubbs flatly denied that Hibs weren’t up for the fight.

“I’m obviously disappointed,” he said. “I thought we played our part in the game to have come out with something.

“But, in the end, for our chances, we didn’t work the keeper enough. We got into good areas, maybe rushed it a bit at times.

“I’ve got plenty of confidence that we can turn this around. The tie is not over.

“I hear all the time that Hibs are bottlers. I’m sick of answering the question, to be honest.”