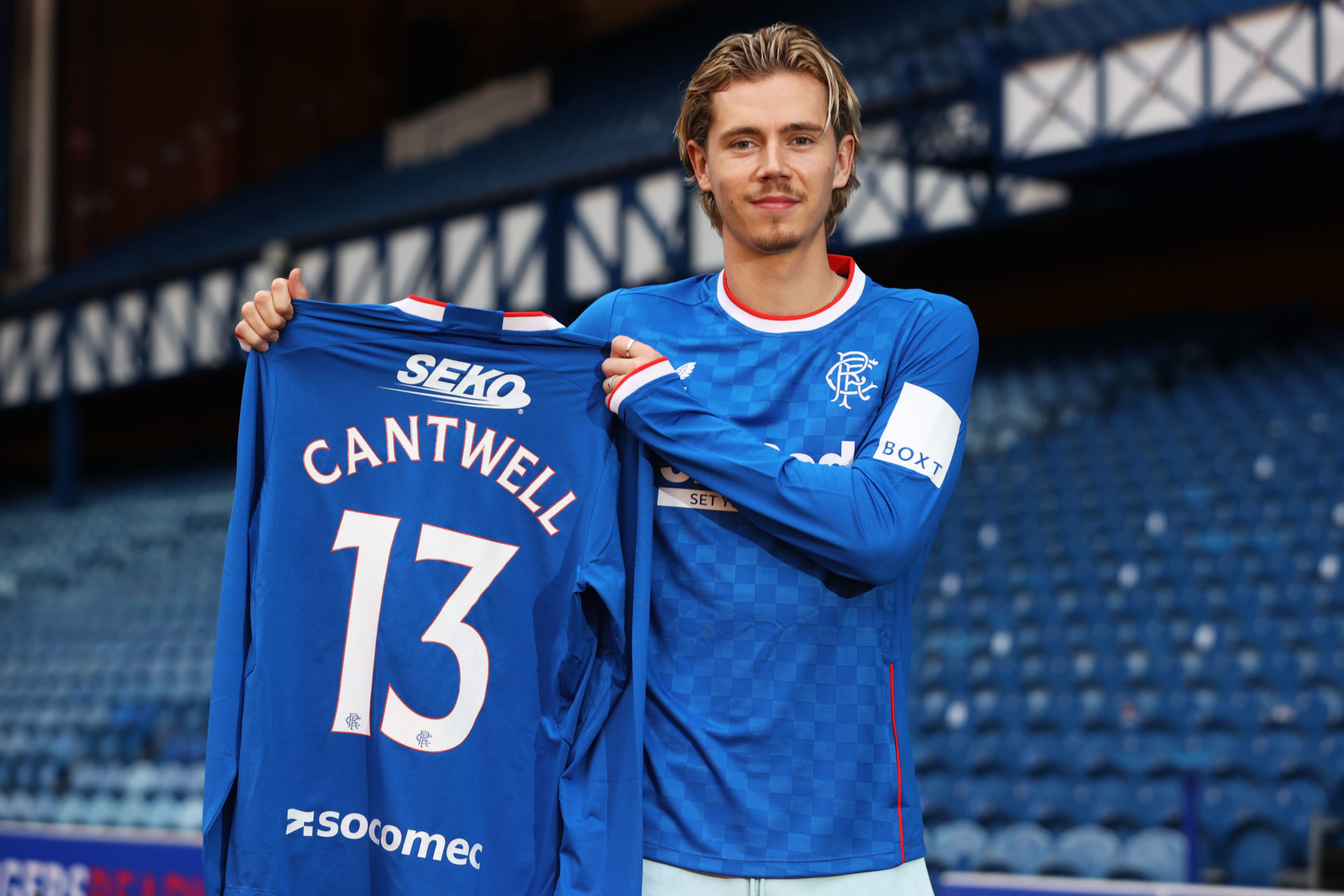 By Blair MalloyJanuary 24, 2023No Comments

Todd Cantwell has become the first signing of the Michael Beale era at Rangers, describing the move as a chance ‘to leave some scars behind’.

The 24-year-old joins from Norwich City and has already arrived to flurry of excitement from fans on the blue half of Glasgow.

Whilst he has shown flashes of his undoubted ability, thriving in the unique pressure of the Old Firm will test the Englishman’s mental fortitude, as he admits arriving at Ibrox can be his chance ‘to prove a lot of people wrong’.

Speaking for the first time since his move was finalised, he described how he views the move North as a fresh start to his career: ‘Things are not always going to go well for you.  Things off the pitch can effect someone on the pitch…everyone has struggles in life but I’m not here for a sob story.’

Cantwell broke on to the scene in January 2018 when he made an appearance in the EFL cup for his boyhood side, but was immediately loaned to Dutch side Fortuna Sittard to gain valuable first team experience.

It was the following season however, when the England u-21 international fully made a splash in the first team for the canaries, racking up 24 appearances and becoming a vital cog in the side that won promotion back to the Premier League.

He grasped his opportunity of top flight football with open arms, with dynamic displays in the centre of the park leading to six goals in 37 appearances.

Whilst his performances were not enough to save the yo-yo East Anglian side from relegation, he did catch the eye of many potential suitors with Tottenham Hotspur amongst others rumoured to be interest in snapping up the prospect.

A big money move didn’t materialise however and instead a loan move to fellow Championship side Bournemouth followed, prompting an admission that he had become disillusioned with lack of minutes and subsequent criticism of his lack of progression from early promise he had shown.

Cantwell arrives at Rangers then, eager to reignite his career.

The new man gave fans an indication of his style of play, adding:  ‘I can play off the wing but can see myself playing more centrally in years to come. The manager is aware I can play in multiple positions and I know the manager likes us to have freedom in positions.’

There appears to be a midfield spot ready and waiting, with Steven Davis out injured for the rest of the season and Scott Arfield advancing in years.

He will add a drive to Michael Beale’s side that has often been lacking in deep runners, willing to break opposition’s defensive lines.

Rangers fans should be excited by the prospect of a midfielder who, in the not too distant past, was destined for a place at the top table of English football and with a successful spell at Ibrox, will be aiming to fulfil his long awaited potential.