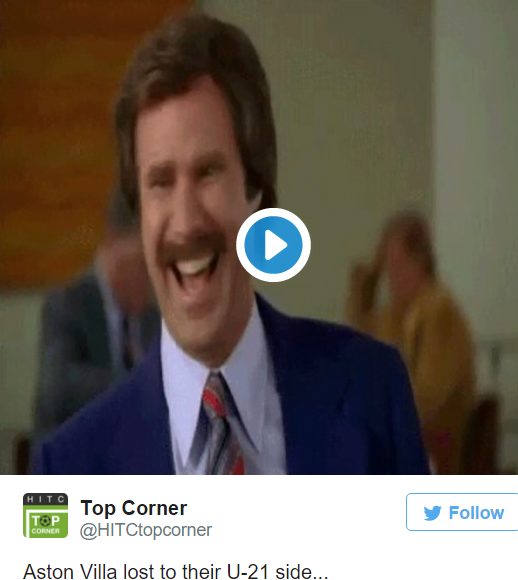 Twitter Reacts As Aston Villa Lose To Their Under 21 Team

Aston Villa lost to their U-21 side… pic.twitter.com/hiCgP3WN5D

Aston Villa’s season has taken yet another embarrassing turn after their under 21’s beat their first team during a closed doors match.

This may raise questions over which team should be playing against Premier League opposition, such as Liverpool, who beat the first team 6-0.