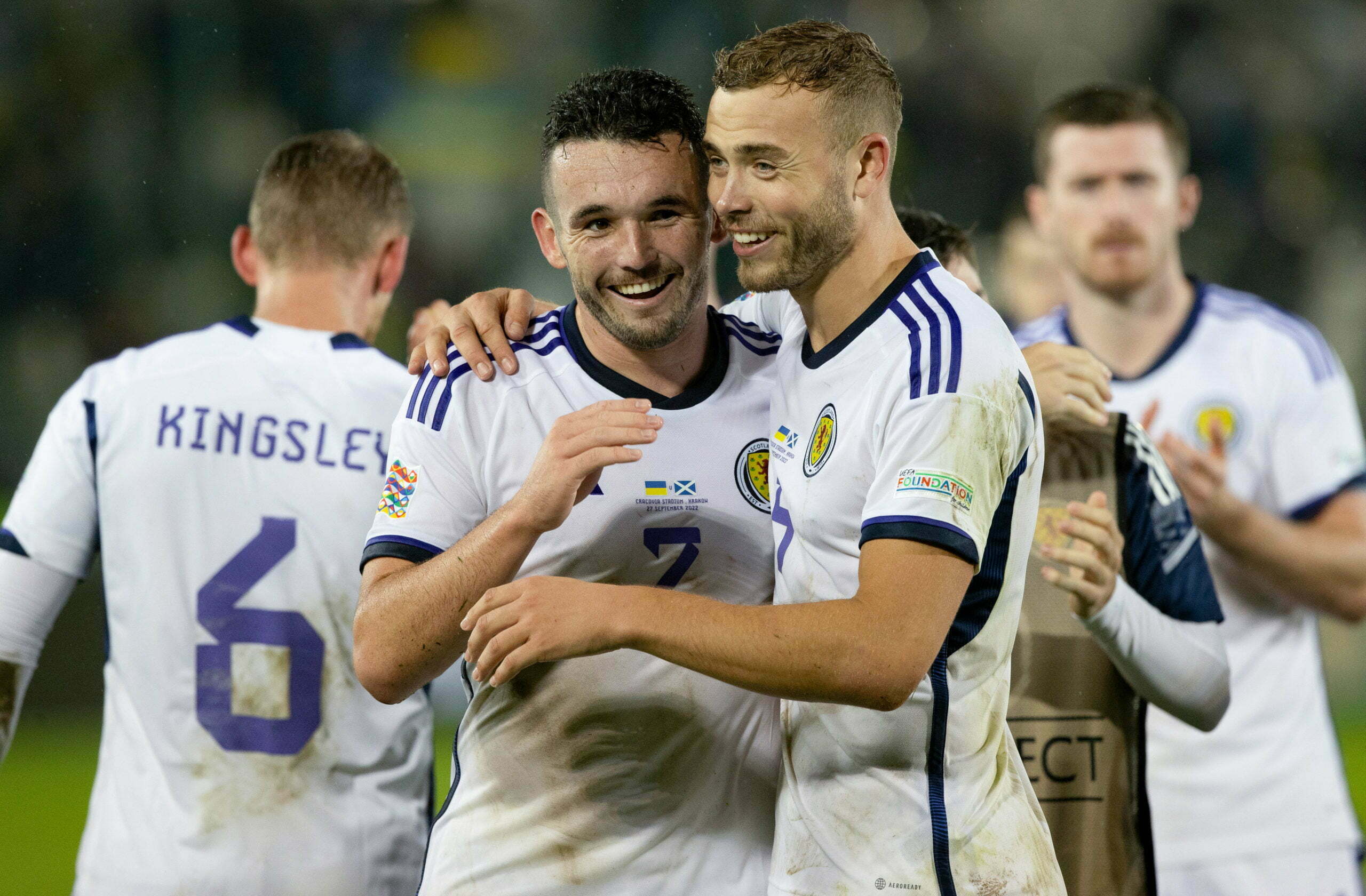 By Blair MalloySeptember 27, 2022No Comments

A hard fought 0-0 draw against Ukraine in Poland was enough to see Scotland win their group and gain promotion to the top tier of the Nations League.

Steve Clarke’s men will be the only British representation in the ‘A section’ following England and Wales’ relegation, whilst also guaranteeing themselves Pot 2 seeding and a safety net play off place in Euro 2024 qualifying, should they not make it through their group.

Clarke admitted before the match that he was ‘not short of issues’ ahead of the winner-takes-all clash, with a host of players missing due to injury, illness and suspension.

Ryan Porteous was the headline starter, with the Hibs defender making his debut on the international stage ahead of the tried and tested Declan Gallagher on the bench.

Che Adams almost gave Scotland the perfect start two minutes in when he forced a save out of Andrii Lunin. The goalkeeper palmed his low drive round the right-hand post.

Five minutes later though and Steve Clarke’s men should’ve been behind. Mykhalo Mudryk found former West Ham forward Andriy Yarmolenko at the back post who blazed a shot over the bar when it looked easier to score.

Artem Dovbyk then had the game’s best chance after he was released by a delicious ball from Yarmolenko. The Dnipro-1 forward could only fire the ball straight at the advancing Craig Gordon.

Minutes later and Scotland were awarded a penalty when it was judged that Ryan Fraser’s cross was handled by Taras Stepanenko. However, after consulting VAR the referee correctly overturned the decision.

Stepanenko then let Scotland off the hook 10 minutes before the break when he found himself free in the box, only to direct his header wide.

Moments into the second half and Scotland had the first attempt on goal; Greg Taylor’s shot from range ending up in the stand behind the goal.

Shahktar Donetsk forward Mudryk was starting to show why he is attracting suitors all over Europe. The 21-year-old forcing an excellent reflex save from Gordon with an attempt from the left-hand side.

The winger may have counted himself lucky not to have picked up a second yellow card for taking Porteous to the ground, however the officials instead made it clear he was on his last warning.

Illiya Zabarnyi should have given Ukraine the lead just after the hour mark. He slid in to meet a free kick from the left wing, only for his effort to fly over the bar.

Scotland survived a nervy end to the game as they dug in for the draw to take their seat at the top table of Nations League football.