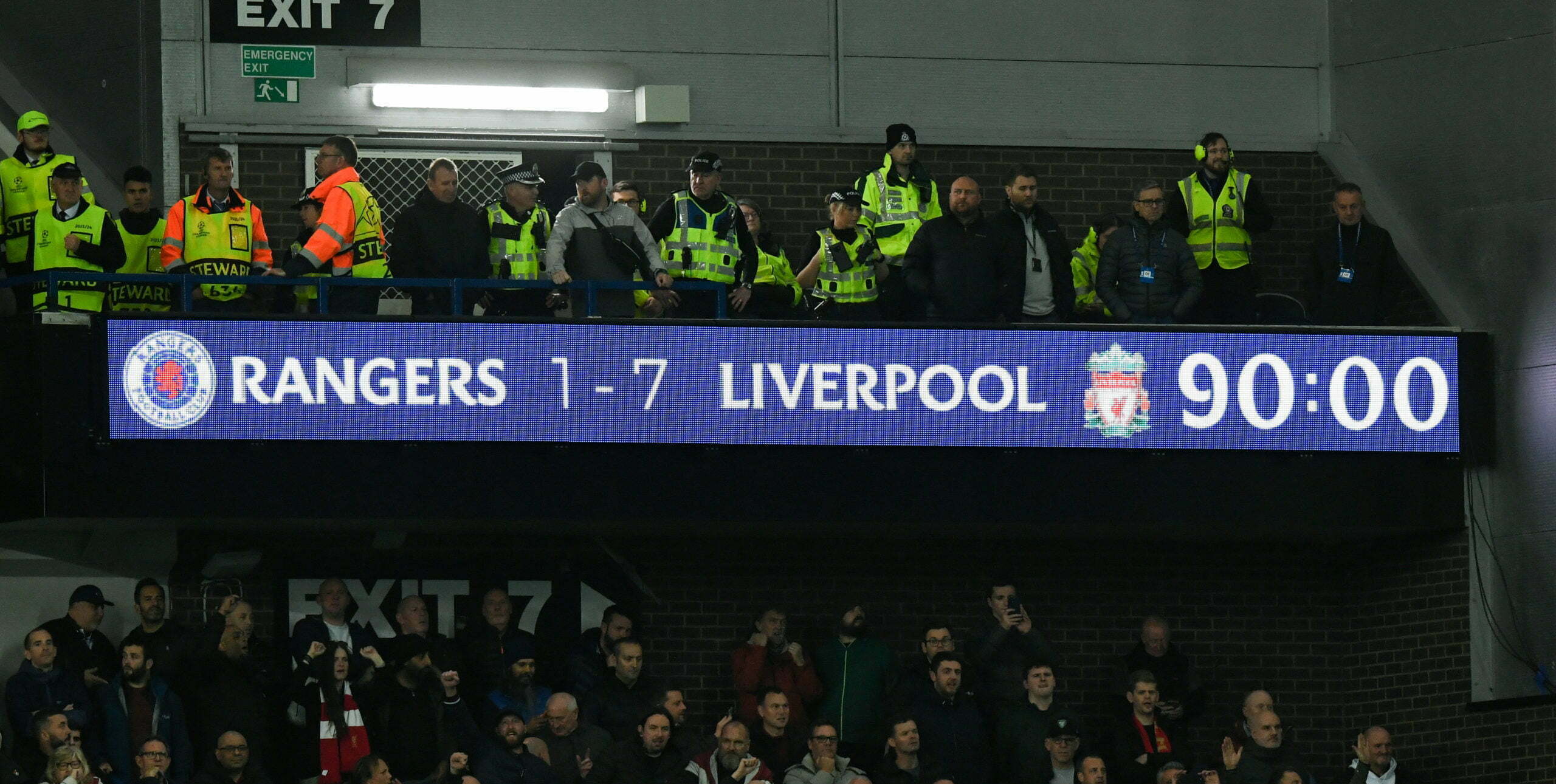 By Blair MalloyOctober 13, 2022No Comments

Rangers shambolic second half collapse against Liverpool last night adds their name to an unwelcome list of Scottish sides who have also been hit for SEVEN goals in Europe.

As recently as august this year, Dundee United lost by a seven-goal margin in qualifying for the Europa Conference League. Remarkably, the Arabs took a 1-0 lead to the Netherlands and were optimistic of making a shock progression.

Hopes were soon dashed however as Jack Ross’ men went in at half time 5-0 down. The result ultimately cost Ross his job and saw United’s season go into a tailspin of which they only now seem to be recovering.

Brendan Rodgers’ Celtic side were not the first, nor the last team to suffer at the hands of peak Lionel Messi in the Nou Camp. The Argentine forward notched up his sixth Champions League hat-trick as rampant Barca inflicted the Hoops heaviest European defeat.

Moussa Dembele passed up an early opportunity to level the score-line when he missed a penalty at 1-0. That only served to inspire the Catalan’s, who served up a feast of attacking football to humble the runaway Scottish champions at the time.

Malmo came to the Scottish capital with a 2-0 lead and showed no mercy to their hosts.

A low point of the Pat Fenlon era as Hibs boss, the Easter Road side were looking to secure a place in the third qualifying round of the Europa Conference league before being humiliated over two legs. The Swedish outfit, led by now Rb Leipzig star Emil Forsberg, had a 4-0 lead by the half-way point and never looked back.