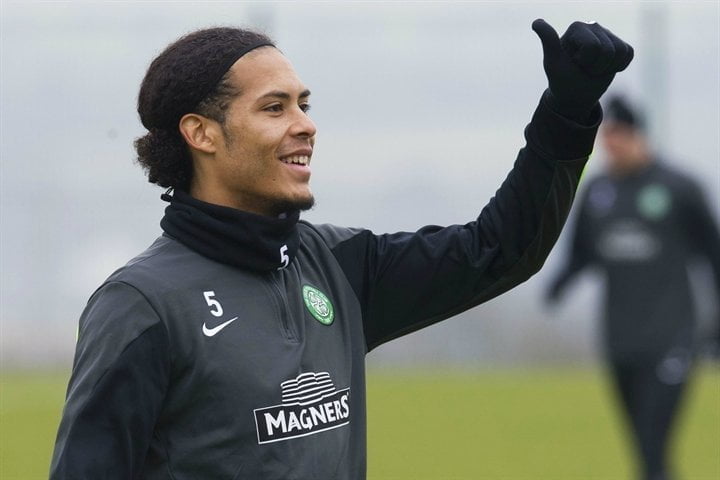 Celtic defender Virgil van Dijk says he is in no hurry to leave the club and hinted that he could stay beyond the summer.

Speculation has been rife about the Dutchman’s future, with a number of clubs in the Premier League in England and in Europe keen to capture his signature.

However, the 23-year-old knows time is on his side and is eager to learn and develop his game at the Hoops.

“Every player wants to develop but I know, like everyone, Celtic is an amazing club, a very big club, and you don’t want to leave Celtic for a lesser club.

“There was a lot of speculation and a lot of talk last summer that I wanted to leave and everyone was not so positive around me.

“But I just enjoy playing here. I am still only 23 and I am learning every day and until the time is there I just want to talk about Celtic and nothing else.

“We will see what happens in the summer but as it looks right now I am still here.”