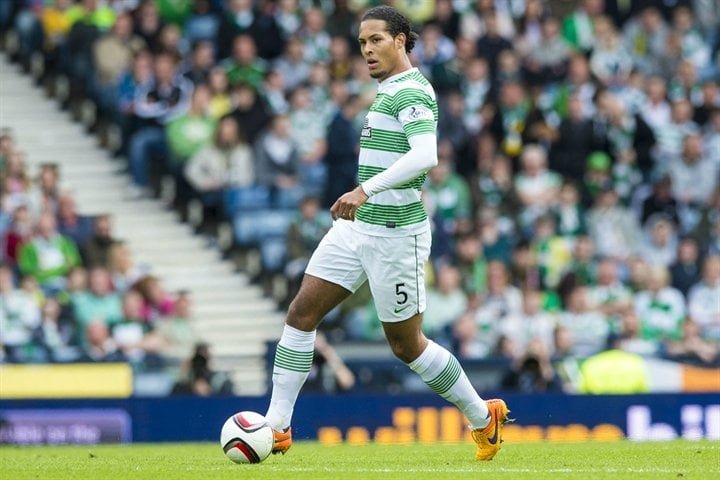 Celtic defender Virgil van Dijk has reportedly said he is ready to leave the club and seek a fresh challenge.

The 23-year-old has been linked with a number of clubs both in the Premier League and in Europe after another commanding season at the back for Ronny Deila’s men.

The Norwegian coach has spoke of his desire to have Van Dijk as part of their bid to get into the Champions League next season.

However, speaking to a Dutch magazine in his homeland Van Dijk has stated his preference to try somewhere new.

“I am 24 this year, I’m ready for something new – more pressure, better opponents,” he told Voetbal International.

“I’m learning in Scotland every day, but I also know there is more.

“There has been interest every summer and winter, especially from the Premier League.

“I stood there open to it, but Celtic decided not to sell me at that time. Yes, I was disappointed.

“They must understand that as a footballer, sometimes it’s time to make a move.

“Of course, the Champions League millions are important for Celtic, but they cannot dismiss any interest.

“If the correct amount is placed on the table, then they will really think about it, yes.

“If Celtic want to earn money from me, the club must act now.”

Van Dijk also stressed his belief that his chances of securing international football with Netherlands would be heightened should he challenge himself at a higher level.

The defender has yet to win a full international cap for his country and also revealed that he had been advised to leave Scotland.

“It’s a dream and a goal to play for the Oranje,” Van Dijk continued.

“When you play in the Premier League, you are more in the picture. That is clear. Whether that’s right, I’ll leave it to others.

“There are several people who have advised me to leave Scotland. This was mainly to move a step higher, but also the Holland team plays a role.

“The next major finals in France. I have to go for it, but this is only possible if I perform well in a club.”