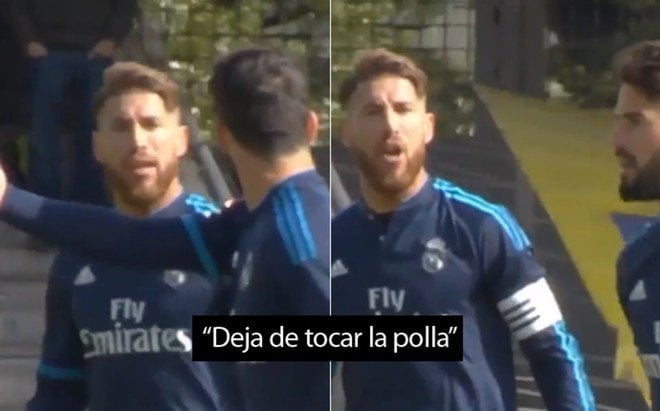 Video: Isco Gets Telling off From Ramos & Modric

During Real Madrid’s 1-0 win over Real Sociedad, Isco was told off by Modric and Sergio Ramos, proving he may not have settled in at the club this season.

Isco accused Modric of being selfish after he lost possession, resulting in a booking when he attempted to win back the ball, however the ex Malaga midfielder felt he should have passed instead.

As the video shows, Isco tried to get support from Ramos who told him to “Shut up, stop touching your balls [being a pain]”, according to Sport.

VIDEO | Sergio Ramos telling Isco to stop arguing back with Modric after he caused him to pick up a booking. pic.twitter.com/hCqq7XNnvd