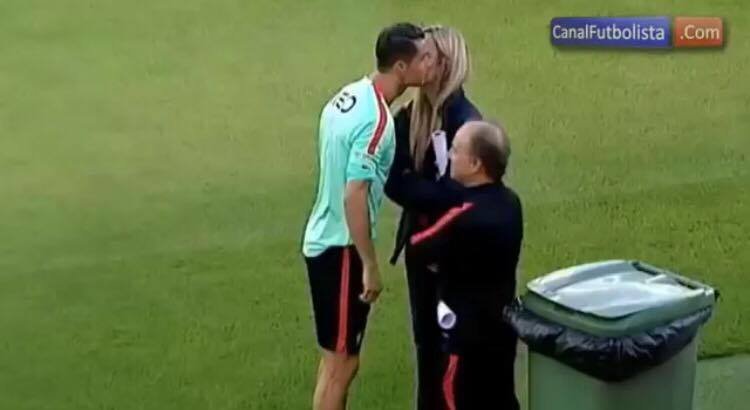 There probably isn’t a day that goes by where Ronaldo doesn’t get attention from females worldwide, but when they showed up for to a training session the temptation got too much for the striker.

When a group of fans turned up to watch a Portuguese training session Ronaldo and his teammate Ricardo Quaresma began flirting with the girls.

The Real Madrid superstar hasn’t had a great start to EURO 2016 but from the video it appears his spirits are still high.