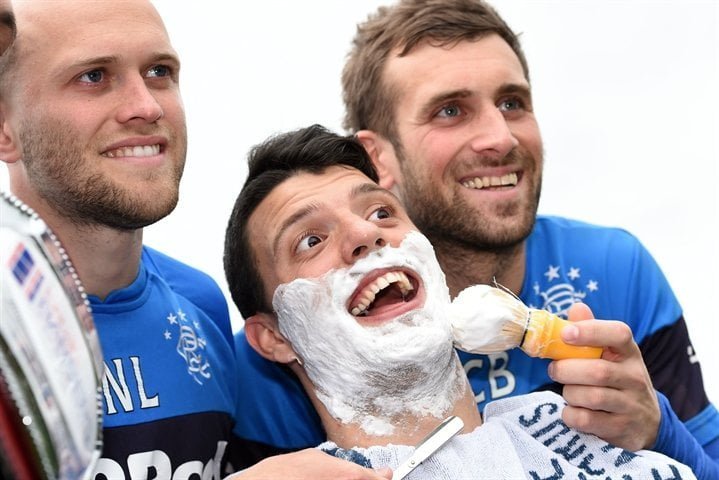 Ashley, who also owns 9% of Rangers, has called for an EGM and repayment of the £5m loan given to the club.

The move comes after South African business man Dave King – awaiting clearance from the SFA over his fit and proper status – seized control of the boardroom from the Sports Direct owner.

The Slovenian attacker Vuckic, who believes it would be a “good move” to join Rangers permanently, is hopeful the club and United can resolve their differences.

“Does this put me in an awkward position? I don’t know anything about it. I just came here to play football and focus on Rangers.

“Is it difficult being in the middle of it? Of course, but I respect both of the clubs and hopefully they are going to resolve their problems.

I’m in still under contract with Newcastle so we will see what they and Rangers say in the summer. I’m going to have options and I’ll pick what is the best one for me.

“It would be a good option for me to stay at Rangers.

“I’ve been tracking Newcastle results and they seemed to be struggling, confidence seemed to be low but it’s good now they are getting draws and I wish them all the best and hope they stay the Premier League.”