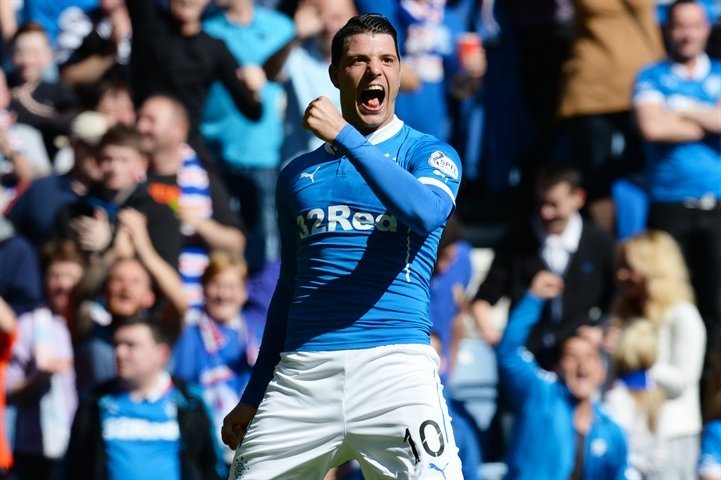 Vuckic: I hope to be at Rangers next season

Rangers loanee Haris Vuckic has revealed he will leave Newcastle United this summer in the hope of joining the Scottish Championship club on a permanent basis.

The Slovenia international was one of the ‘Newcastle five’ that arrived on loan on transfer deadline day from Tyneside and is the only one of the quintet to complete 90 minutes at the club.

The loan moves have been largely derided and will cost the Light Blues £500,000 in fees to Newcastle if they are promoted.

However, the 22-year-old has been a bright note after scoring six goals in 10 games for the club.

And now he wants to commit his future to Rangers and has already targeted scoring against city rivals Celtic.

Vuckic told Chronicle Live: “I know I won’t be at Newcastle next season.

“I am not sad, because I am focused on getting Rangers back into the top league.

“If we achieve that then I hope I’m around next season for the new challenge.

“It is up to Rangers but I am ready to sign up.

“To score against Celtic is my ambition.”