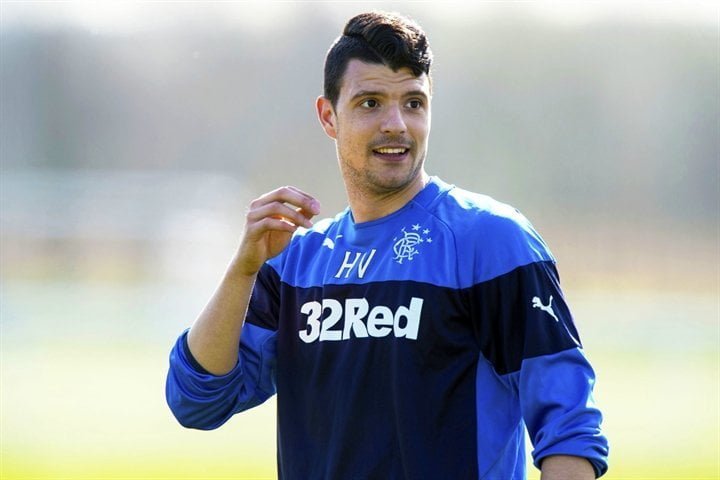 Vuckic: Rangers is a good option

Rangers loanee Haris Vuckic has denied claims he’s ready to quit Newcastle but believes a move to Ibrox permanently would be a “good option”.

Reports suggested that the 22-year-old had told Newcastle he was ready to quit in the summer but Vuckic says that’s not true.

The Slovenia international is one of five players who joined on loan from the Premier League club but has since been the only one to complete 90 minutes.

“It’s not true that I’m going to quit Newcastle and stay at Ibrox. What I have always said that I respect both clubs – Newcastle because I still have a contract with them and Rangers because I have a loan deal here,” Vuckic said.

“We will see what is going to happen in the summer but Newcastle have to say what options I have.

“I will choose the best one for me. If Newcastle let me go, would I like to stay at Rangers? That would be a good option for me.

“At Newcastle, I didn’t have the chance to play first-team football. When I signed for Rangers I got that experience. I’m playing every week and scoring goals.

“If I can do that next season that would be a great option for me.

“I want to be recognised if I do well and score goals – that’s what players want.”

Vuckic has scored six goals in 10 games for the Rangers since moving on loan on transfer deadline day.