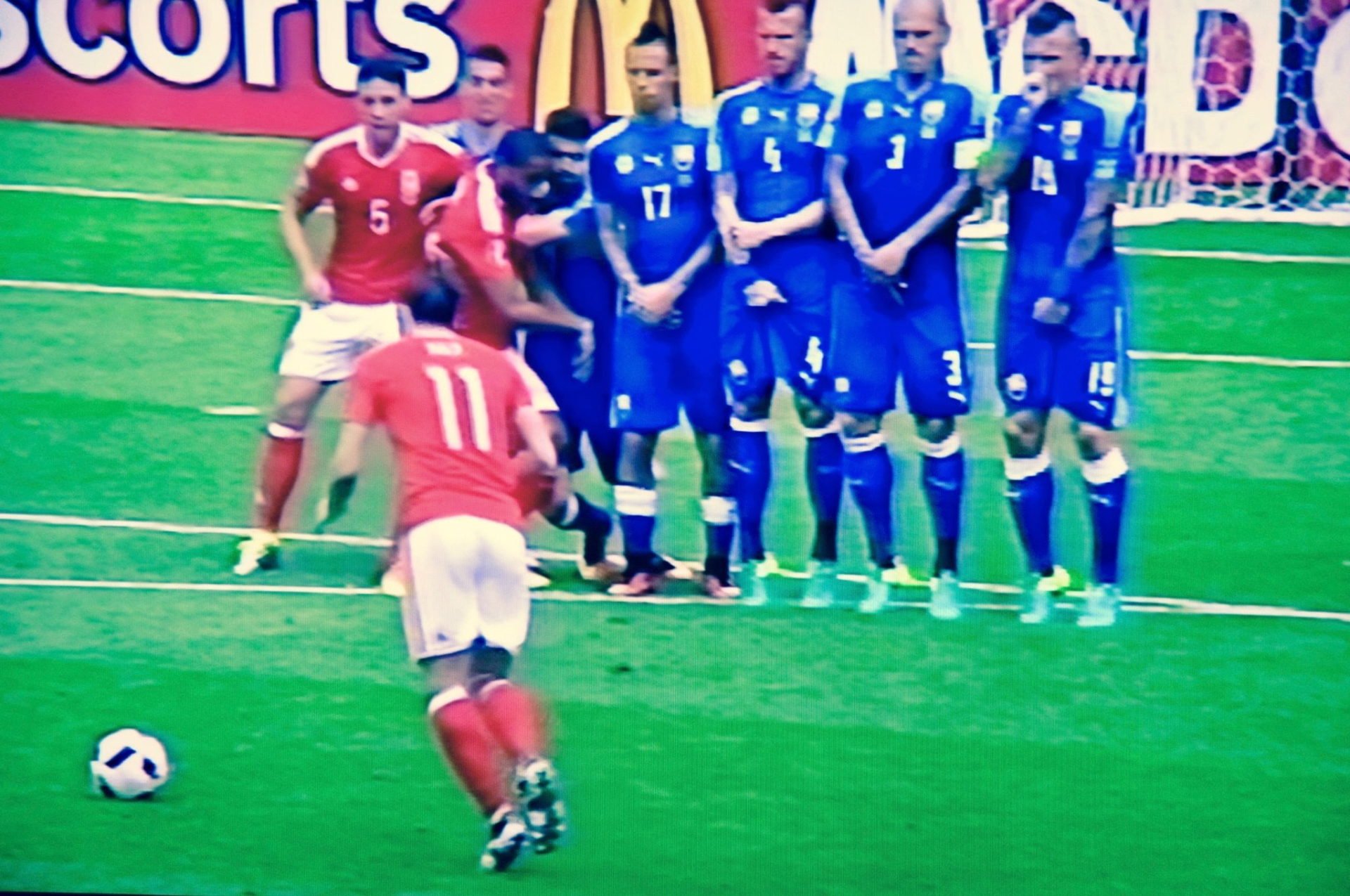 It was a long wait, but for Wales it was well worth the wait getting their first win at their first major tournament since 1958.

Backed by a 25,000 strong Welsh army of fans and a world class player in their ranks in Gareth Bale, Wales defeated Slovakia to secure a brilliant opening game win.

When Bale is fit, anything is possible for the red Dragons in this group.

The Real Madrid star lived up to the hype after ten minutes with one of his trademark free kicks from 25 yards.

The goal was Wales’ first goal at a major tournament since that World cup tournament in 1958, when Terry Medwin scored in a 2-1 win over Hungary, and the fans certainly enjoyed the magnificent strike.

The ball had a wicked dip on it and the poor position of Slovakian goalkeeper Matus Kozácik resulted in an early lead for Chris Coleman’s side.

It could have been all so different after three minutes, Bale allowed Slovakian danger man Marek Hamsik to nick the ball and drive towards goal. The Napoli midfielder glided past four players and looked odds on to score.

Hamsik’s shot was past Danny Ward and goal-bound but, Ben Davis somehow managed to get back to cover and stop what looked a certain goal with a superb clearance.

Wales were well worthy of their lead and should have been two up beyond the half hour when Martin Skirtel delivered a forearm smash on Johnny Williams inside the box right in front of the goal-line official.

How he never alerted the referee to a stonewall penalty left everyone inside the stadium bewildered.

The Liverpool defender should have been red-carded but he remained and no penalty was given.

After the break, Slovakia, slowly but surely, started to come into the game and drew level just beyond the hour.

Slovakian substitute Ondrej Duba latched on to Robert Mak’s pass, after a long unchallenged run, and with a calm left foot shot he found the bottom corner of the net to make it 1-1 with his first touch of the ball.

Wales had to endure a worrying period on the back foot after that goal as Slovakia looked menacing and threatened to take the lead.

However, this Welsh side are made of strong stuff these days and they regained the lead in the 73rd minute through Robson-Kanu.

Joe Ledley found Aaron Ramsay with a lovely pass. The Arsenal midfielder side-stepped the defender and allowed the out of contract striker the chance to score with a shot off his shin into the back of the net.

Nemec almost bagged an equaliser for Slovakia four minutes from time but his header came back off the post with Ward well beaten.

A great win for Wales and now England on the horizon on match day two.