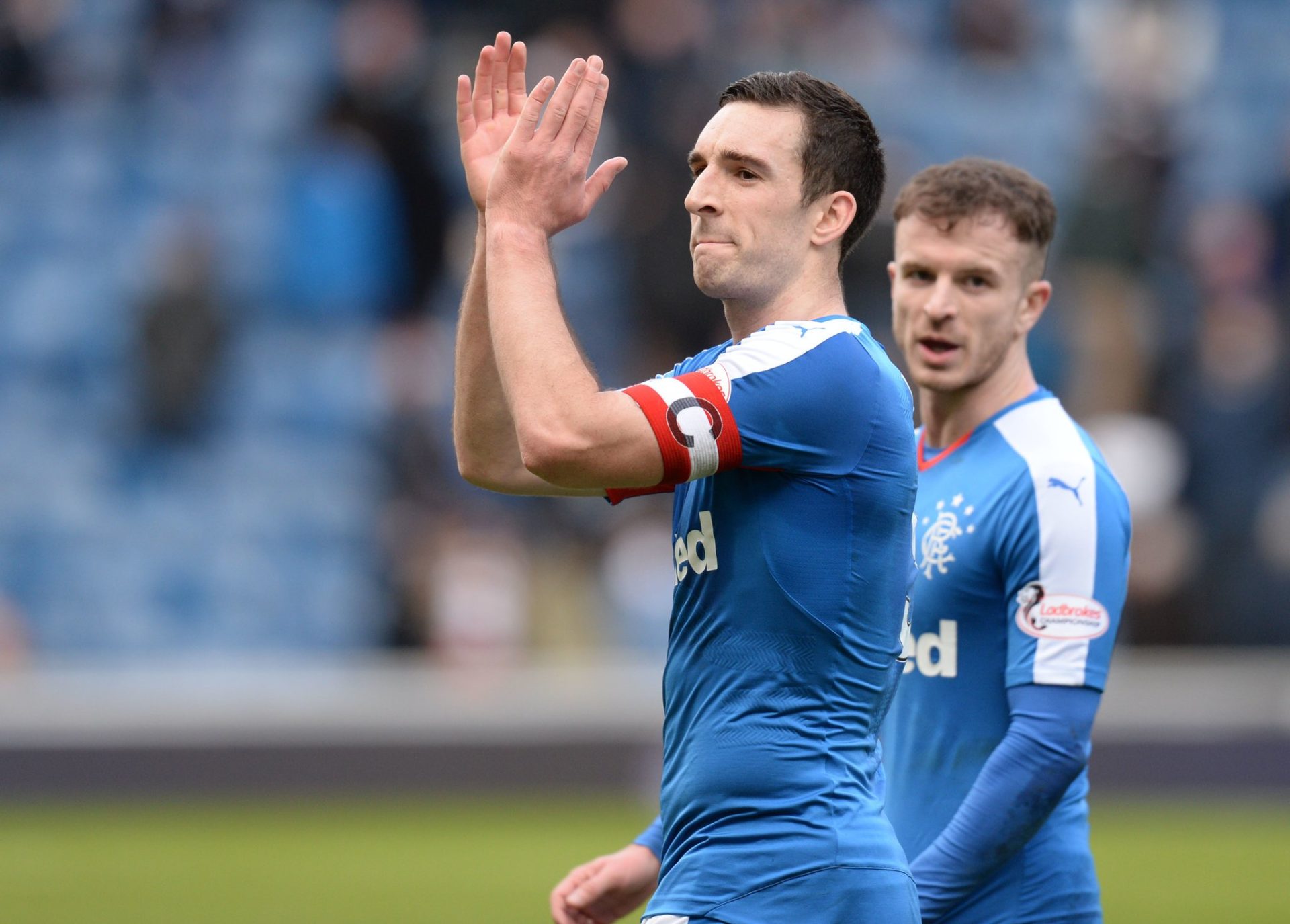 The Light Blues were in party mood after sealing promotion to the top flight following a win over Dumbarton but pictures of bubbly in the dressing room were as far as they celebrations went before they called it a night.

Mark Warburton’s men are overwhelming favourites to lift the trophy on Sunday in their fourth attempt but Wallace stressed how seriously they are treating the tournament.

“It was great to get a wee lap of the pitch and celebrate with the fans. They thoroughly deserve the fact that we’ve managed to get back to top flight football,” he said.

“But I think we’ve got to remain professional and the mindset for us certainly won’t change.

“There were obviously the bottles of champagne in the dressing room for that particular moment in celebration and a few pictures were taken but it was soon on to the protein shakes and getting ourselves ready for the next day and moving onto the next game. The preparation certainly hasn’t changed.”

Rangers have yet to win the Petrofac Training Cup since they started in the bottom tier in 2012 and Wallace admits they have underachieved in the competition.

“It’s hugely important to go and win it. This is our fourth attempt now and it’s obviously been disappointing that we’ve not been able to win it up until now.

“All those years ago you would have probably envisaged at least three wins but that’s not been the case. We’ve finally got the chance to do that this weekend and hopefully we will.”

Wallace reacted to the news that Martyn Waghorn won’t be available for against Celtic next weekend in the Scottish Cup semi-final with manager Warburton confirming that Rangers’ top goalscorer won’t be fit in time after two months on the sidelines with a knee injury.

“The manager has said from day one that he just had to play football. He’s been through a difficult period down the road but he’s managed to come up here and play regularly and he’s showing a first class attitude.

“While he’ll be a miss it’s a chance for someone else to step in as they have done since he’s been injured and to go and prove that they can play in our team.”