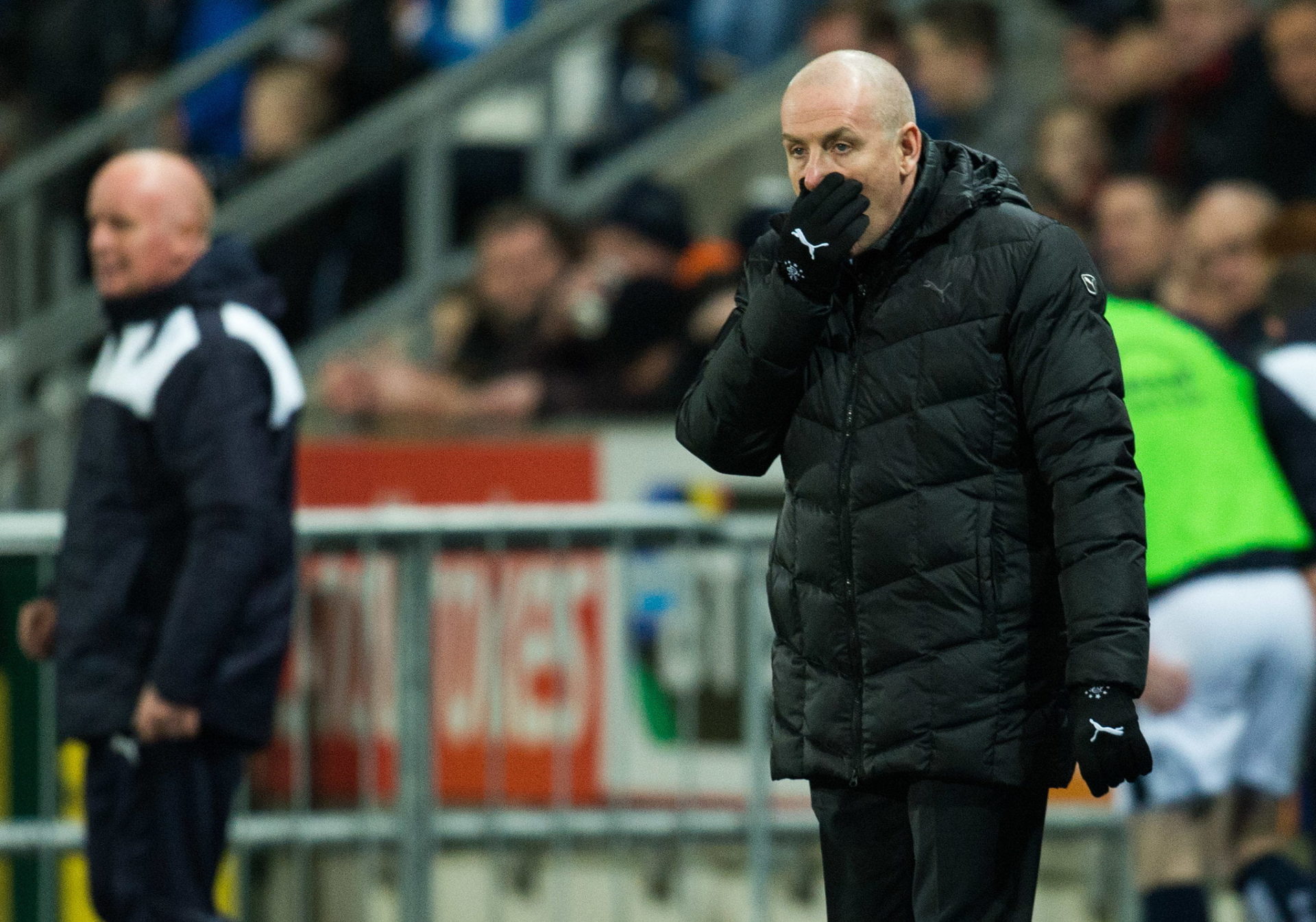 Mark Warburton slammed his Rangers players as they went from having their best performance of the season to their worst in the 3-2 collapse against Falkirk.

The Light Blues looked fully in control after two goals in the first 10 minutes but conceded three in the final 20 minutes to lose for the second time to the Bairns this season.

Lee Wallace felt players had become ‘complacent’ and Warburton, who said there were a few heated words in the dressing room after, was at pains to explain his side’s capitulation.

“What we did well we just stopped off doing. We started brightly and moved the ball quickly, maintaining shape in the wide areas and we were two up and with respect it could have been five, six, seven,” he said.

“There were a couple of warning signs, a couple of loose passes we spoke at half time about taking care of the football, keep moving it one or two touch but inexplicably we didn’t do that.

“From a group of players we’ve gone from nine out of 10 to four out at 10 which can’t happen and it hasn’t happened. They’ve been outstanding all season but we’ve got to learn from that second half.”

Peter Houston admitted he feared the worst in the first half as Bairns side were repeatedly carved open and he was happy to get in at half-time just 2-0 down.

“In the first half we couldn’t live with their pace, power or movement I thought they were magnificent. It’s the best I’ve seen anyone play against Falkirk since I’ve come back here.

“We tinkered with things made substitutions that worked.

“We got the goal, it was magnificent from Blair Alston and Miles Hippolyte was a factor he came on and gave them problems.

“If I’m being honest I would have settled for 2-2 but the character of this team and not just tonight has been superb and that sums them up. They wanted the winner and thankfully for us they did get it.

He added: “We’re challenging for second, we’re six points ahead of Hibs, they’ve got three games in hand, we’ve still to play them and we’ve got a better goal difference anybody who says we aren’t fighting for second place is talking s***e.”