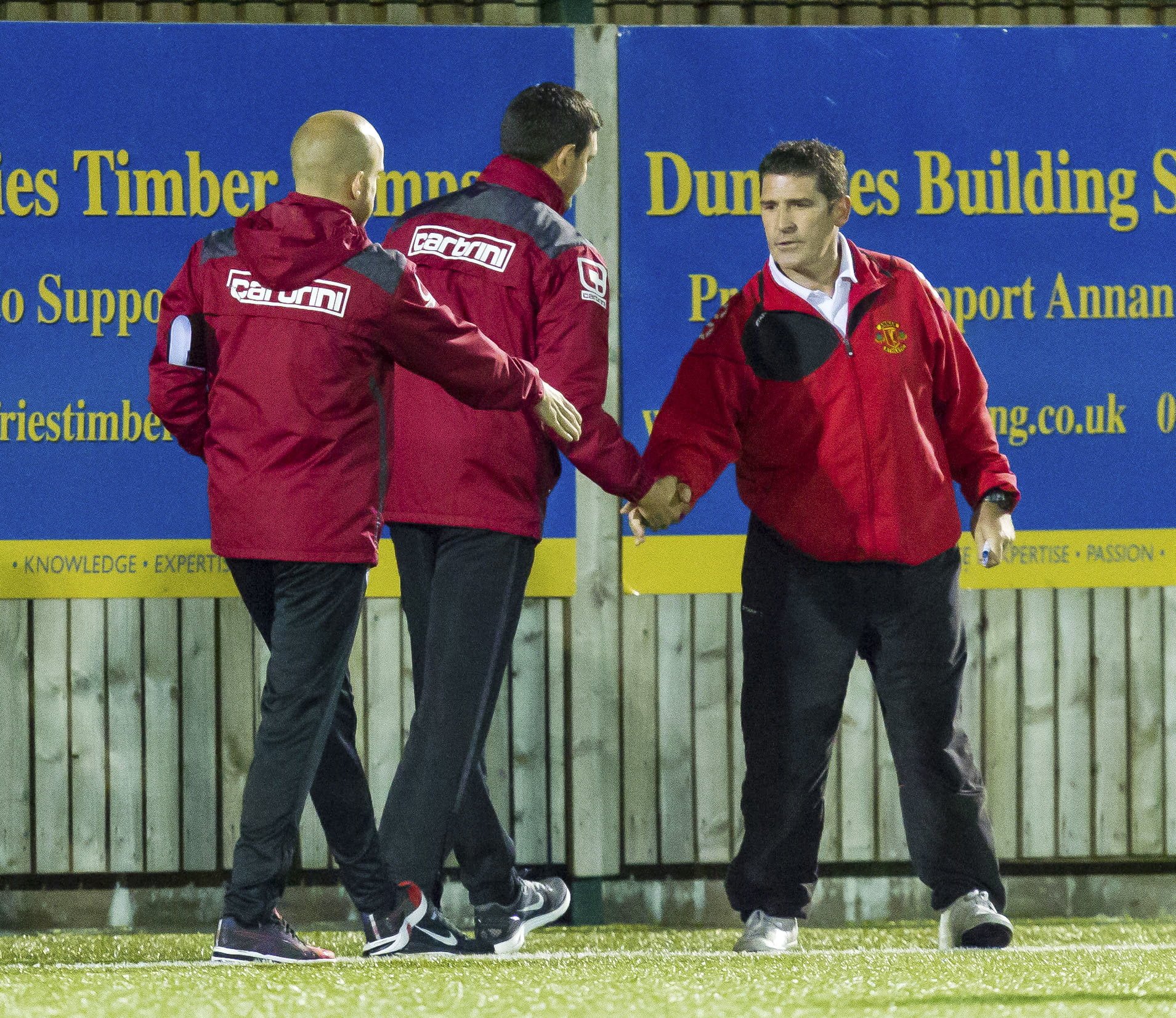 Annan Athletic boss Jim Chapman says the club’s shock win over Hamilton Accies is the proof of the quality lurking in the lower leagues of Scottish football.

Annan’s resounding 4-1 win over the Accies in the Scottish Cup sent shockwaves around the country and, after setting up a home tie in the fifth round of the cup against Morton, Chapman believes it serves to illustrate that the quality of young players in League One and League Two can’t be overlooked.

“It just shows if you have a wee plan of where you want to go you can get the success,” he told Peter and Roughie’s Football Show.

“It gets everybody on the map and more importantly it highlights the quality of some of the younger players playing in the lower divisions.

“Stirling have taken Inverness CT to a replay and Gary Naysmith’s East Fife did well to take Motherwell to a reply earlier on in the season so it shows there’s quality down the lower levels as well.

“Great for Annan and our younger players and great for League Two as well.”