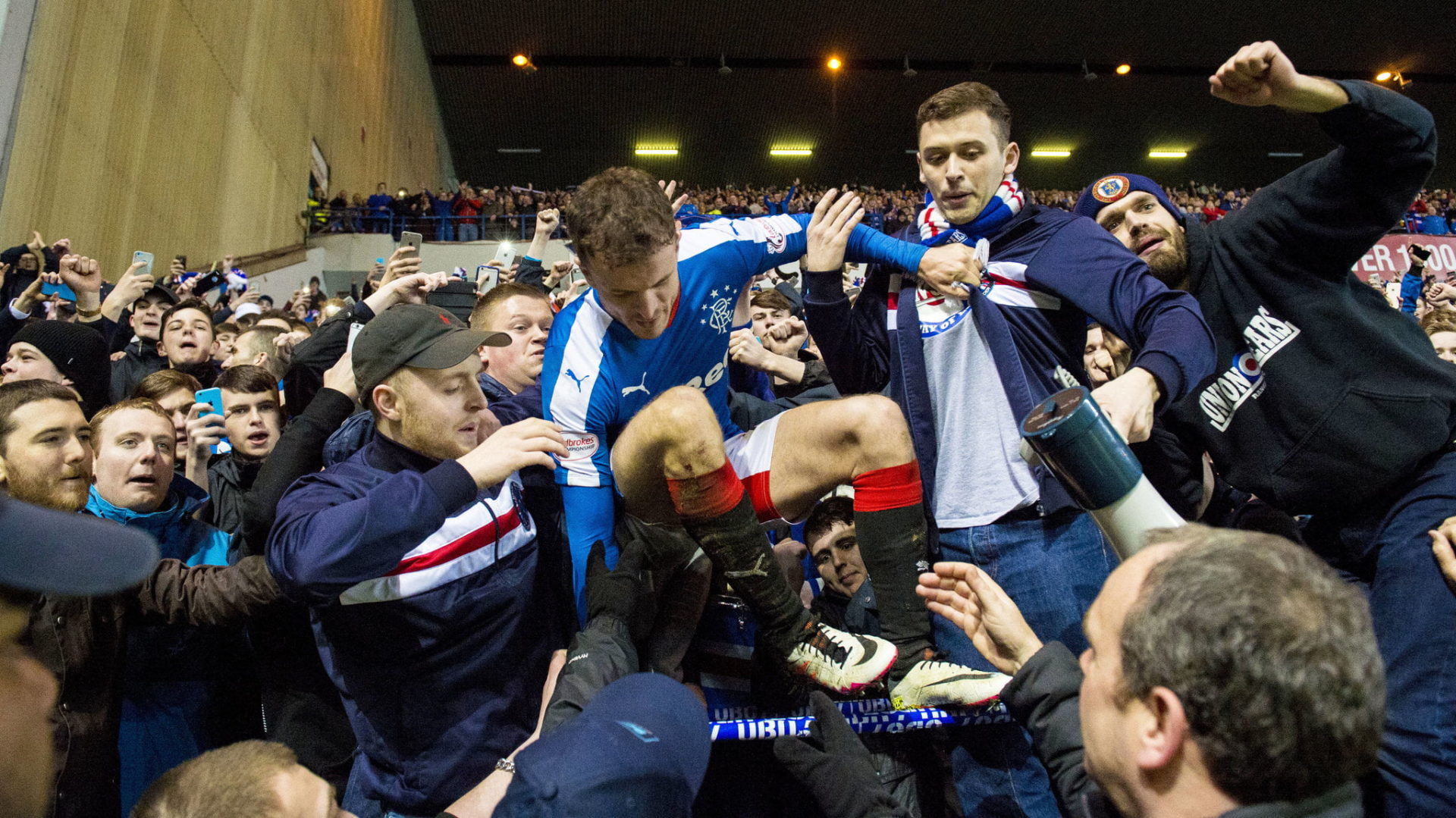 ‘You can’t be happy with second’ – Halliday

Andy Halliday says finishing second to Celtic won’t be acceptable to Rangers next season after sealing promotion to the Scottish Premiership.

James Tavernier’s second-half effort was enough to seal a 1-0 win over Dumbarton and with it the Scottish Championship title.

It’s the first time in four years that the Ibrox club will be in the top tier after a financial meltdown and Halliday says they now have their sights set on challenging Celtic for the league next year.

“We’ve got to be challenging for the title it’s as simple as that,” he said.

“That’s not me being arrogant or disrespectful they are four in a row and going for another title but you can’t be at a club like this and be happy with second.”

On the success of the season, he said: “It’s been an incredible achievement, it’s obviously something which has been our main goal.

“We feel we’ve been top of the league since the first day of the season.

“We’ve only been going one way since the start of the season and it’s full steam ahead until now until the end of the season.”

Halliday by his own admission got carried away with the celebrations and ended up celebrating in the crowd after the final whistle.

“I just told myself before the game whatever happens just go and savour it because you never know how many times you get to experience moments like that on the football park and as usual I got carried away as always!”

Rangers boss Mark Warburton was delighted for everyone involved at Rangers and says the victory is for the supporters.

“I’m delighted for the fans and what they’ve been through,” he said.

“It’s great for the club and the fans to be back in the top tier and for the players there was a clear directive this season and they’ve dealt with the weight of expectation and delivered so it’s all credit to them, I’m delighted for them.

“It’s the first step. The worse thing we can do is stop moving forward now. Enjoy tonight and enjoy the good times we’ve got a big game on Sunday – 95 per cent are behind us.

“We have to prepare properly and hopefully win the trophy and prepare well for the following week.

“We want to hit 91 points in the league, we want to win it in style and win it convincingly and get momentum for next season.”