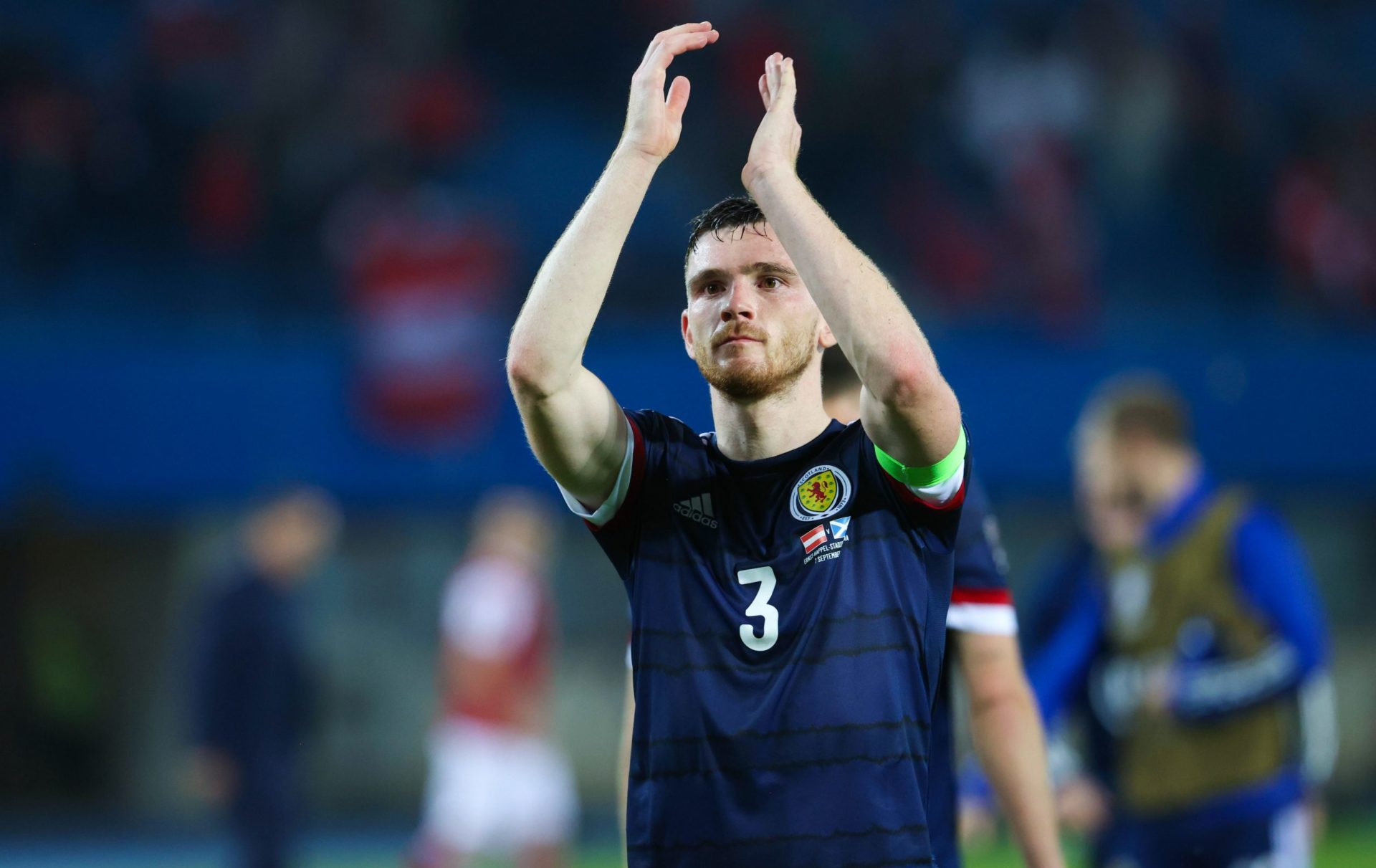 Scotland delivered one of their best performances in 15 years by beating Austria 1-0 in Vienna to move them up to second place in their World Cup Qualifying Group and put them in command of the desired play-off place.

Lyndon Dykes squeezed in a first half penalty to ensure the three points in a game where the Scots were much improved from their two matches last week, with the performance a clear progression from outstanding displays in Serbia last year and at Wembley in the summer.

Clarke hit back at his critics at full time, rightfully stating his side are not a long ball team and that they deserve more respect.

He is right there. With ball-playing centre halves Kieran Tierney and Jack Hendry, the team do not need to launch it up top, instead progressing the football through the midfield.

The double-pivot of Celtic captain Callum McGregor and the outstanding Billy Gilmour will take the ball anywhere on the park and very rarely lose it but always looking forwards, whilst John McGinn is tireless and dangerous with his forwards runs.

Dykes and Che Adams’ Scotland careers are still in their infancy but they are showing signs of forming a solid partnership up top.

They may not be born goal scorers but both offer so much to the team in terms of work-rate and hold up play and will only improve, as Clarke added.

However, Clarke did deserve some criticism after one win in five games and just two goals from 62 shots during that time. He made wrong team selections against the Czech Republic in the Euro 2020 opener and versus Denmark last week, as was evident by his early substitutions.

Scott McKenna and Liam Cooper have failed to have the same impact in the team that the revitalised Grant Hanley has had.

Captain Andy Robertson on the right hand side against the Danes was never going to work and should not be seen again.

Having another sitting midfielder, such as Kenny McLean, alongside McGregor and Gilmour alters the balance in there and removes an attacking threat, whilst Stuart Armstrong started both Hampden defeats at the Euro’s, often getting in the same spaces as McGinn and failing to relieve pressure on the defence.

Scott McTominay will return to the line-up when fit and he has been brilliant for Manchester United over the last two seasons.
However, his most effective place in this system for Scotland is on the right hand side of defence so he can zip the ball into the strikers feet whilst keeping height in the backline to win defensive headers.

Hendry is the likely one to miss out at his expense but it would be harsh given the Bruges man’s terrific showing against Austria.

The right wing back spot is the only 50/50 call Clarke should have to make. Stephen O’Donnell has never let the team down and is full of endless running but his end product is far from desirable.

Nathan Patterson only made his first start against Moldova and created the only goal. The 20 year old has shown his maturity in the few games he has played and should be given the Number 2 jersey if the team are chasing a win.

Clarke should, injury and COVID permitting, stick as close to this system as possible because it is the clear blueprint for success.

Some corners of the Tartan Army were questioning whether the team has even improved over the last decade despite participation in the first major tournament in 23 years a few months ago, which is ridiculous.

Compare the team’s current standing to Gordon Strachan’s tenure. The country had just two points after six games of World Cup 2014 Qualifying, which included home and away losses to fifth seed Wales and a 1-1 at home with Macedonia.

At the same stage of the Russia 2018 qualifiers, they had been beaten 3-0 by Slovakia and England, with a meagre 1-1 draw at home to Lithuania sandwiched in between.

Yes, under Alex McLeish the back entrance to Euro 2020 was secured via the Nations League but the 3-0 embarrassment to Kazakhstan will live long in the memory.

Clarke’s team are still a work in progress but have made significant strides over the last few years and are in the right place to continue their upwards trajectory, even if progression is not always a straight line.

Up next are familiar opponents Israel at Hampden in October, with the two sides having met six times in the last three years.

Scotland have only beaten the Israelis once (twice if you include the play-off shoot-out victory) but will be confident they have the beating of Willi Ruttensteiner’s men this time around and doing so would give them a near unassailable lead.

Nine points from the next three games (The Faroes and Moldova follow Israel) will see Scotland into a second successive play-off.

They come around in March and are an entirely different ball game, with the likes of Switzerland, Russia and Norway currently in the second place berths but Clarke’s team have shown, if they play to their capabilities, they are more than capable of winning crucial matches with the pressure on.

This is a good Scotland team. Qatar is now firmly in their sights.