5 things we learned from this weekend’s Premier League action 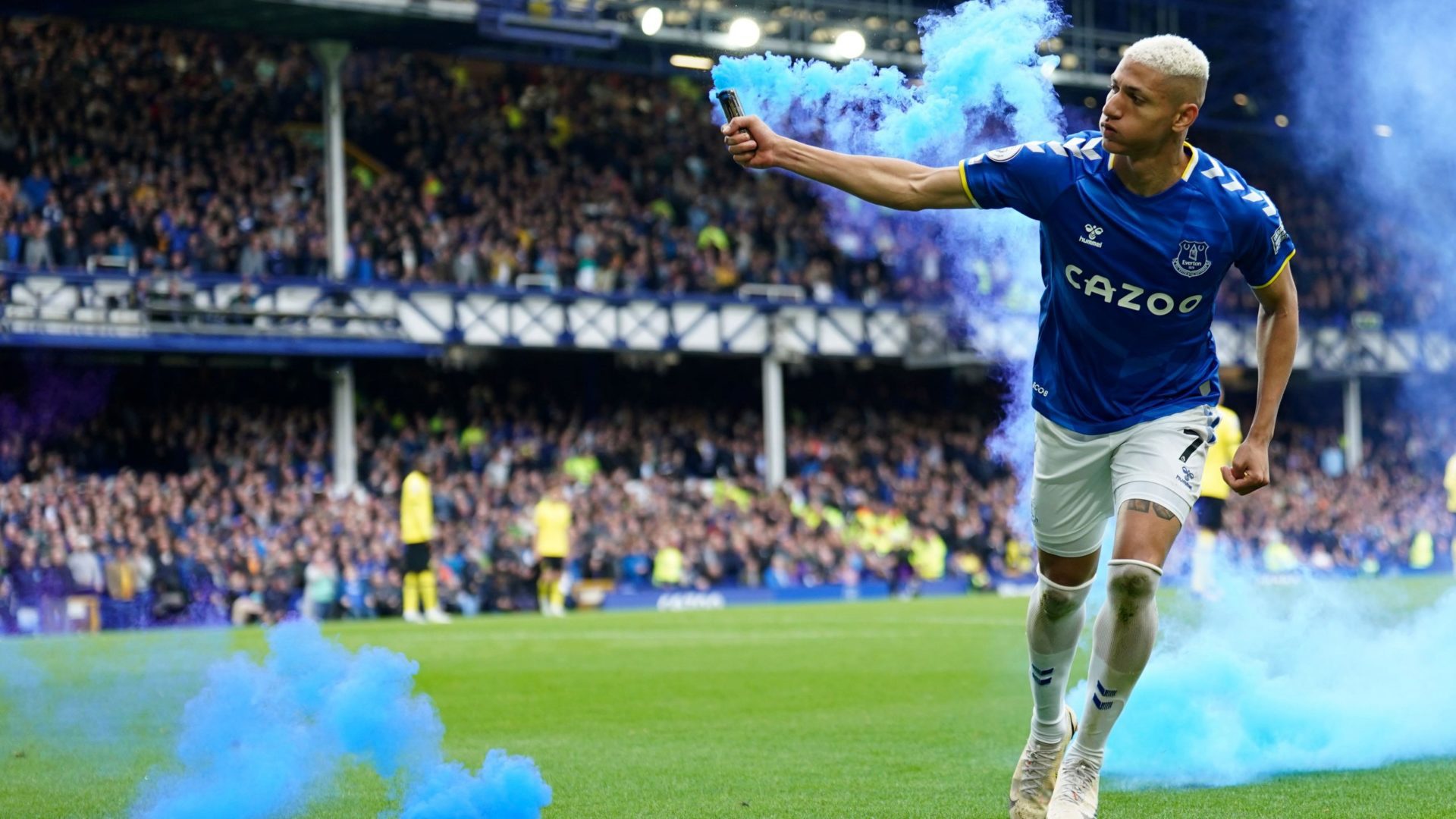 Everton gave themselves a Premier League lifeline by beating Chelsea on a dramatic day at Goodison Park.

It is as you were at the top of the table and in the race for a top-four spot as title contenders Manchester City and Liverpool both won, as did Champions League contenders Arsenal and Tottenham.

Here, the PA news agency looks back at another eventful weekend in the top flight.

Fireworks were let off in the early hours of Sunday morning outside the hotel where the Chelsea team were staying before their game at Everton. The pyrotechnics did not end there as a lit blue smoke canister was thrown onto the pitch after Richarlison’s second-half winner for Everton. The Brazilian could yet end up in hot water with the Football Association after picking up the canister and throwing it. But not even the threat of disciplinary action against Richarlison could sour a victory that takes Everton to within two points of Burnley and Leeds in the battle for survival.

When Burnley sacked Sean Dyche after nearly a decade in charge at Turf Moor it was suggested the Clarets had taken leave of their senses. Mike Jackson was put in caretaker control, with his only managerial experience stretching to short spells at Shrewsbury and Tranmere and Burnley’s Under-23 side. Yet Jackson has taken 10 points from four games to steer Burnley out of the relegation zone. Not only that but Jackson (2.50) has a higher points-per-game average this season than Pep Guardiola (2.44) and Jurgen Klopp (2.41).

No let-up in title fight

A Liverpool punch landed, then a swift Manchester City riposte. The title race continues to shift one way and then the other as City and Liverpool keep on winning. The Reds were first up this weekend as Klopp shuffled his pack for a Saturday lunchtime date at in-form Newcastle. New faces, same outcome, as Naby Keita’s strike secured a 1-0 win. Knocked off top spot for a few hours, City responded with a 4-0 triumph at Leeds. Four games left with a one-point difference in City’s favour, it looks like a question of who blinks first.

Arsenal maintained their two-point lead over Tottenham in the race for a top-four spot and Champions League football next season. Spurs had kept the pressure on their north London neighbours by beating Leicester 3-1 in an earlier Sunday kick-off, with likely lads Harry Kane and Son Heung-min on target. Arsenal’s goals came from more unpredictable sources, with central defenders Rob Holding and Gabriel scoring. It was only the fifth time in Premier League history that both Arsenal central defenders had scored in the same game.

There was a familiar sinking feeling for Norwich as the Canaries were relegated from the Premier League for a record sixth time. It was a cruel irony for boss Dean Smith that the day of reckoning came at his former club Aston Villa, but just five wins all season meant the Canaries’ instant return to the Championship was inevitable. Summer signings failed to shine, Daniel Farke was gone by the start of November and now Smith – who oversaw a promotion campaign at Villa – faces the challenge of galvanising Norwich in the second tier.