By Peter MartinFebruary 16, 2016No Comments 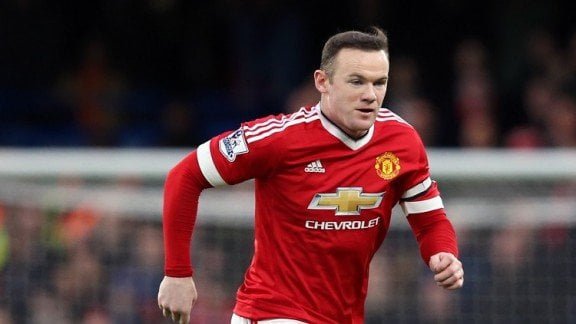 Manchester United captain Wayne Rooney has stressed the players – not manager Louis van Gaal – must take the blame for the team’s poor season.

United suffered a shock 2-1 defeat at Sunderland on Saturday and ended the weekend 10 points adrift of third-placed Arsenal in the Barclays Premier League.

And Rooney reckons the squad have “got off quite lightly”, with Van Gaal taking “a lot of stick” for their below-par performances.

“It’s a very good group of players,” said the England skipper, quoted by several national newspapers. “At times it’s been frustrating for us as we’ve under-performed.

“And actually the manager has taken a lot of stick for some performances. It’s down to us – we’re players and we have to perform.

“At times this season we haven’t done that. In terms of that, we’ve probably got off quite lightly and the manager has taken a lot of it.

“But we’re going on the pitch. We have to create chances and win games and we haven’t done that enough this season.”

United travel to FC Midtjylland in the first leg of their Europa League last-32 tie, and visit Shrewsbury in the FA Cup fifth round on Monday, and Rooney is eager for the club to secure their first silverware since the 2013 league title.

“The important thing now, I feel, is to win trophies again this season,” the 30-year-old said. “It’s been a few years since we won a trophy.

“This is more or less a new team so for ourselves, as a team, we need to win something. The fans want to see us win something again.

“Obviously the Champions League is massive for this club and it was disappointing to go out of it.

“We’ll keep going in the league, keep trying. But our main aim has to be to make sure we can get in that top four.

“And then the Europa League, it would be great if we can win that. It’s not where we wanted to be at the start of the season. But it’s where we’ve found ourselves so why not go and try to win it?”